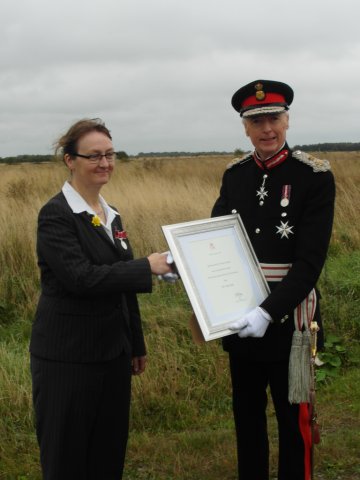 Said Caroline: "Typical of Helen, she wanted her investiture to take place in the remote, wild and windswept landscape of Thorne Moors, in the Humberhead levels, near Doncaster, in order to celebrate all of the campaigning that has contributed to saving these precious moors from the ravages of peat extraction.

"As a new MP, Helen educated me about the importance of Thorne and Hatfield Moors.  In 2003, when the Moors were protected by the Labour Government, I thought we could sit back and enjoy it.  A decade later, Helen still reminds me why we can’t. Helen is Doncaster’s most effective conservationist.  And the fact that she never seeks the limelight and never gives up is to her eternal credit.  Helen’s British Empire Medal is well deserved."

Asked how she felt about receiving the award, Helen explained:  "Naturally I am honoured to receive this recognition, and at the same time humbled that others were moved to nominate me.  More importantly I see it as a clear recognition of the significance of Thorne and Hatfield Moors and the value of ensuring that they are properly looked after. It is also a testimony to the work of everyone else who has played a part in the struggles to protect the Moors over the years and an encouragement for the future battles which will undoubtedly and sadly still lie ahead."

Following Helen's Investiture by the Lord Lieutenant, Caroline Flint and Craig Bennett, Director of Policy and Campaigns for Friends of the Earth, spoke of their recollections of working with Helen in the battle to safeguard our threatened wildlife and the countryside on which it depends.

Mrs Helen Kirk, 53, is the volunteer Executive Secretary of The 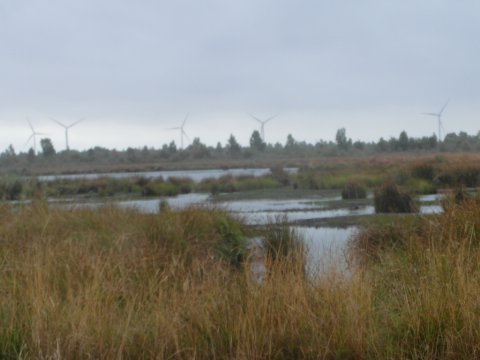