Please find below my article on the EU Question published on the Times website. 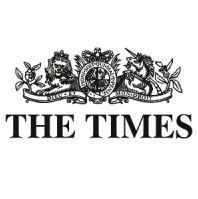 Campaigning with Jeremy Corbyn in Doncaster for Labour IN, two weeks ago, it was clear to me that Labour is fighting for airtime, while half of our voters don’t know where we stand, or why.

Not long to step up our message.

There are resolute views on both sides but for the undecideds my sense is this. They get that Britain will pay a price if we leave – lost jobs, investment, influence. Worse off? Yes. But by how much they’re not sure whether to believe the doomsday headlines. Pushing them to vote Leave is a campaign which feeds on people’s insecurities and loss of control, especially in small-town Britain beyond the metropolitan cities.

Labour voters and others who feel their area has been declining, left behind. They aren’t racist.  But they don’t see new industry and change for the better, they see low-income, insecure jobs and new faces – immigration.

Immigration has become the thing to blame. But the failure is ours.

Labour politicians have certainly talked more about immigration in recent years. But too often it comes across as a tactic not really engaging with people’s concerns.

Migrants benefit our economy, paying in more than they take out. 1.5 million people now work for businesses started by EU nationals.

But the government could have done more to support communities facing additional pressures on housing, schools and health services.  Yet in 2010 they closed the migration impacts fund.

We could have done more about companies exploiting foreign workers, recruiting only from abroad, where Brits appear not to get a foot in the door. Fraud, paying off the books, illegal working affects British workers too and we should root out such practices.

But let’s be honest about our workforce. Young Brits today don’t queue up to pick crops or work in social care. One hundred thousand NHS and social care staff, including one in four doctors, are from abroad.

Turning away from Europe won’t end immigration and it won’t pay more to the NHS. Unless the governor of the Bank of England and almost every independent economic forecaster are wrong, the UK will lose business, trade, jobs and investment if we leave; landing the government with lower tax revenues. Less for our hospitals and schools, whatever Boris or Farage pretend.

The Vote Leave campaign isn’t about the quality of British lives or “taking control”. Some of the biggest cheerleaders for Brexit see protections for ordinary British workers as red tape to be binned.

As for control, the biggest pretence is that the UK can keep all the EU trade but not allow EU workers to work here. The UK already limits EU workers’ access to benefits. If we restrict EU workers allowed to work here, why would the 1.6 million Brits who work or live in Europe not face similar restrictions?

Non-members don’t get better deals. To trade they have to accept EU rules, including free movement, and pay in just like Norway, the EU’s tenth biggest funder.

And what about migrants and refugees? They won’t disappear because Britain leaves the EU. The Calais migrant camp could very quickly become a Folkestone camp.  One in three people stopped from coming into the UK for security or immigration reasons, are stopped at Calais.

It has been repeated back to me on the doorstep Vote Leave’s scare story about Turkey joining the EU despite the unlikelihood that 28 member states would all agree to it.

Within the EU, the European arrest warrant, sharing intelligence and sharing passenger movement data, all strengthens our security. Far from “taking control”, leaving would land the UK with the same problems, less security and less control.  The wealthy will survive. Britain’s working people will lose out.

The Leave campaign have played a blinder using red posters and even the font looks like Labour’s house style. It makes me angry to see this “RED UKIP” campaign, pretending to be friends of the working class and champions of the NHS.

Britain will continue to be a strong, proud nation, whatever the June 23 outcome.  But we will be stronger and better off as members of the European Union.