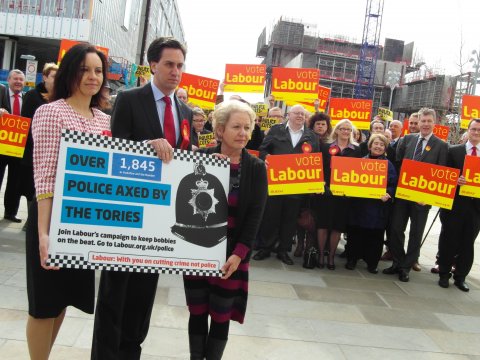 Doncaster’s MPs joined Labour’s local election candidates for the launch of the party’s campaign in Doncaster.

Ed Miliband, Caroline Flint and Rosie Winterton gathered with candidates from across the borough at the new Civic and Cultural Quarter building, on College Road for the launch.

In a joint statement, the three Doncaster MPs said: “Unemployment has reached appalling levels in Doncaster. Thousands of people are now out of work – a damning indictment of the Government's failed policies.

“These are tough times for families across the borough but David Cameron is doing little to help. If he was serious about helping people in our community he would put forward a plan for jobs and growth, not cuts, austerity and costly changes to the NHS.

“Frankly, it doesn't seem like the Prime Minister is serious about helping families here in Doncaster.” 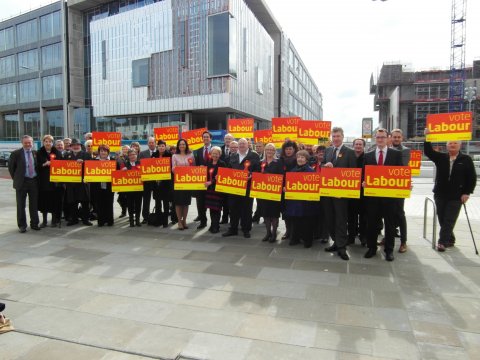 Glyn Jones, Labour's candidate for Central ward, and Deputy Leader of Doncaster's Labour councillors, promsoed that his party will place the issues of living standards, police cuts, the NHS and bringing jobs and investment to Doncaster at the centre of the campaign, while attacking the "out-of-touch" Government.

He said: “Doncaster families are struggling with higher bills, rising costs and a terrible squeeze on their living standards, while many older residents stand to lose hundreds of pounds a year because of the Tory-led Government’s tax plans.

“David Cameron has done little to help ordinary, hard-working people here in our borough – instead he has cut taxes for millionaires, reduced police officer numbers and drawn up plans to spend billions of pounds on a shake-up of the NHS.

“We believe Doncaster deserves better than this out of touch Government has to offer. Labour will do all it can to bring jobs and investment into the borough while working hard to defend its residents from the Government’s damaging cuts.”

Labour is standing candidates in all 21 wards across Doncaster.  The elections take place on Thursday 3 May.