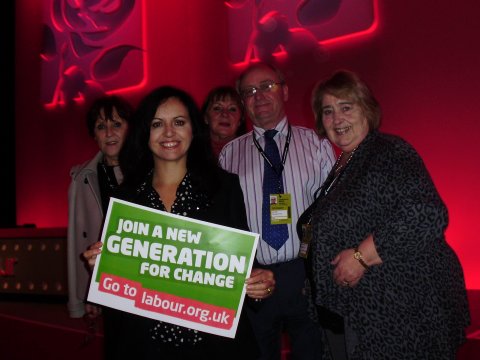 The Labour Party has seen a surge in people joining during the week of the Labour Party Conference following the election of Ed Miliband as Labour Leader.

Over 35,000 people have already joined Labour since the general election and over 3,000 joined in the four days after Ed Miliband’s election.

Said Caroline Flint:  “The surge in interest in joining has been tremendous.  One afternoon during conference, people were joining at a rate of 1 per minute.

“Don Valley Labour Party welcomed over 50 new members before the Conference and we now expect another boost.  There are many people who have seen the nature of this Coalition and don’t like what they see.”

Said Don Valley Labour party Chair, Pat Knight:  “There is no doubt that the election of a new Leader and Labour’s opinion boost last week have given us all a real lift; and I wouldn’t be surprised to see Tory Conference creating another surge in applications to join the Labour Party.”

To enquire about joining ring 01302 770830 or email secretary.donvalleyclp@googlemail.com