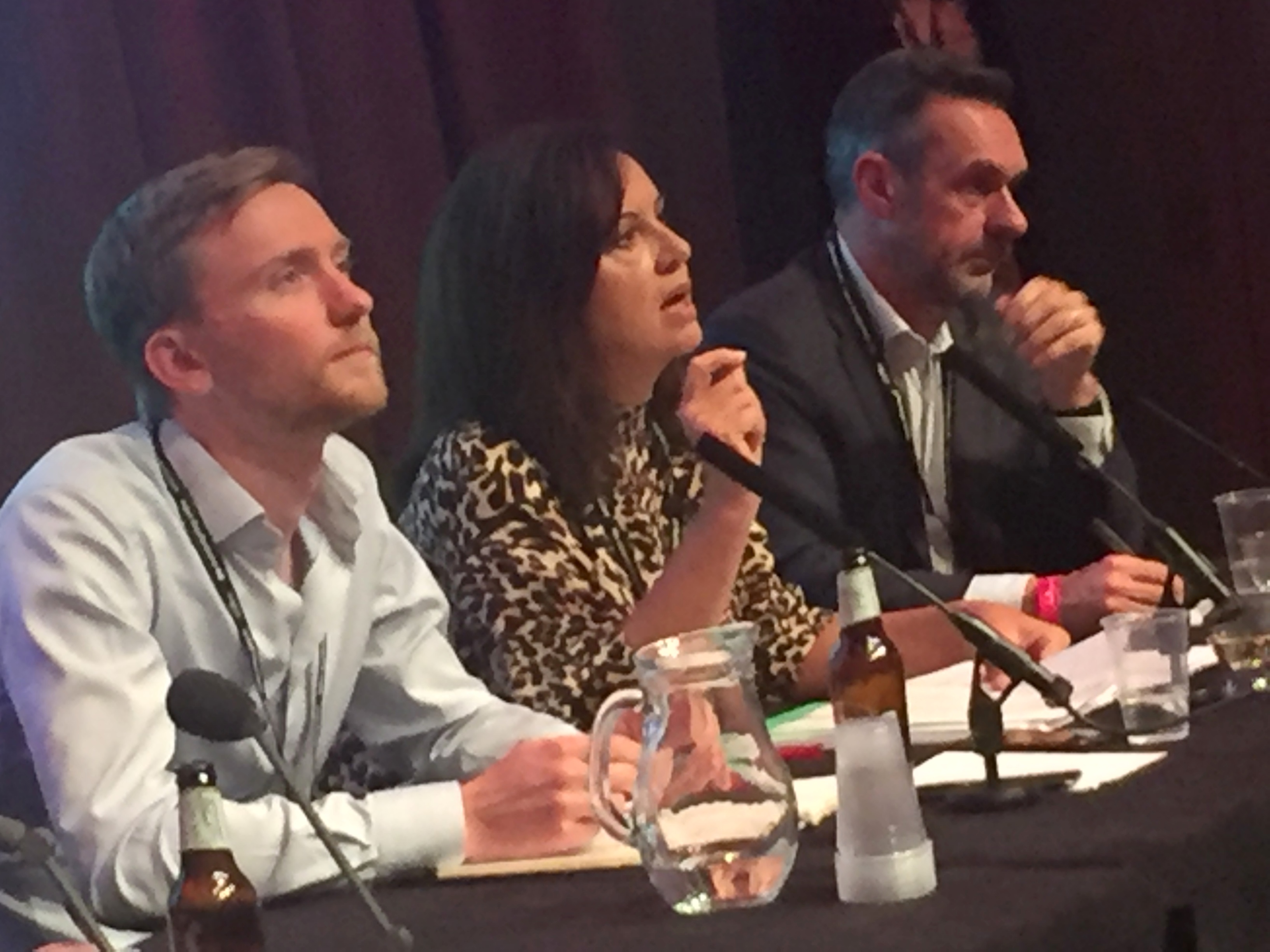 The debate on what Brexit will look like is dominated by short-hand.

Will it be the Norway model; or WTO plus plus; or Canada plus plus plus?

Despite talk of a Norway model, we’re not Norway. We’re not Canada.

We are in unchartered territory. This is brand new ground.

There is no precedent for a country the size of the UK leaving the European Union.

Since the referendum, the debate has often been polarised between hard-line Brexiteers who feel that we can walk away without a deal, and walk off a cliff edge.

And hard-line Remainers, who do not accept the result of the referendum and want to find whatever way possible to stay in the EU.

For both groups, no deal could ever be good enough to suit their view.

Some in the ERG talk like a no-deal Brexit will be nothing but unlimited prosperity.

Some Remainers talk as though, deal or no deal, Britain is hurtling off a cliff and our future is all doom and gloom.

The reality is likely to be something in the middle; and the true impact of Brexit may not be known for a decade or more.

In relation to the Deal, Labour gets no credit.

Labour’s view has been overshadowed by voices that repeatedly brand Jeremy Corbyn and Theresa May as having the same approach on Brexit.

So Labour and Keir [Starmer] don’t get any credit for shifting the Government’s position. 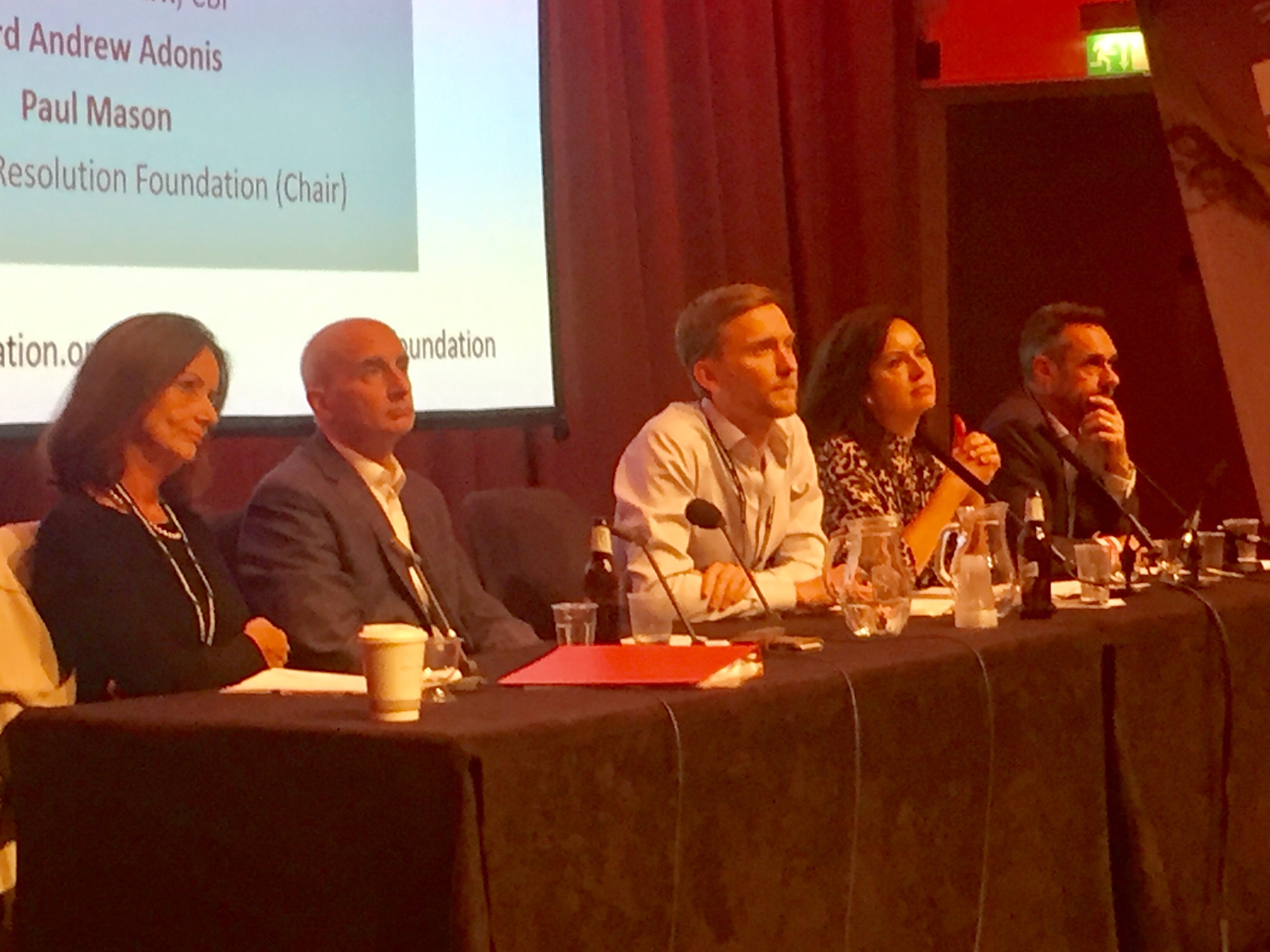 After a long and sometimes difficult marriage, and that’s speaking as a former Europe Minister, we are getting a divorce.

For those who think the divorce treaty this autumn is the final deal, they have a big shock coming.

The purpose of the transition period was to provide time, nearly two years, to negotiate the biggest association agreement in the history of the EU, which will agree all the details of trade and relationship with courts and many other institutions we are currently part of.

That is the real deal.  The divorce is just the headlines.

We need to replace the rhetoric with honest discussion and honest endeavour to achieve the best outcomes from the path that our country has chosen. And the best outcome I can think of is a deal that works for working people.

And if this autumn’s deal is signed off by the EU 27 and they say it is workable, that will calm a lot of business uncertainty on both sides of the Channel.

Only by parties moving forward in a constructive way, will we rebuild trust and secure a deal that most leave and most remain voters can accept.

I knew when I was campaigning for remain in Doncaster, which voted 69% leave, that staying in the EU was a lost cause.

And I still spent six months, trudging up to doorstep after doorstep to fight for the UK to remain in the EU.

I don’t recall hundreds of volunteers in love with the EU, ready to join me in the rain.

Although I disagreed with Brexit, I respected and continue to respect the views of my constituents.

Many of my constituents wonder why Brexit isn’t finished yet.

For all our years of EU membership, and EU funding to community groups, what can we say about the voters who voted leave:

Their living standards were not protected by EU membership.

They were not protected from austerity or the banking crash by EU membership.

It didn’t protect their NHS or council funding.

They saw open migration as working in the interests of companies, not communities.

They could be forgiven for thinking “could things get any worse?”

And let’s remember, they had Labour governments to thank for a minimum wage and paid holidays, not the EU.

The Thatcher Government refused to sign up to paid holidays.

The public are not stupid.  But too often they are treated as such.

A number of my colleagues have spent two years trying to amend legislation to replicate EU membership.

But, instead of seeking to undermine Brexit, we could have spent two years looking at a post Brexit labour market policy; our training policies; our vocational education; our industrial strategy; all of which feed into the concerns of left-behind communities.

Having failed to do so, they are now campaigning for a new referendum to undo the first.

A new referendum will divide voters again, and tell Labour voters that if they support Brexit, they may as well vote Tory.

I don’t want Labour to be a party of only Remain voters.

A new referendum simply adds to the uncertainty for business.

The idea that Brexit is delayed or negotiations extended for another year; or the prospect of further referendums may be more damaging than an orderly Brexit.

A new referendum would not resolve the disagreements between leave and remain voters that surfaced in the 2016 referendum.

Indeed, imagine the Government agreed to a second referendum;

And imagine it had a third option of remaining in the EU;

And imagine 53% of people voted for it and that option won.

Does anyone believe that would be the end of it?

It would lead to a huge campaign for a third referendum.

A huge backlash against a political class that has lined up to derail the public’s decision to leave;

And it would lead to a resurgence of the far right.

I can’t accept that approach.  Our platform must be to bring people together, not divide them further.

I will finish by asking a few questions for labour to answer.

First, People talk about a second referendum.  When is that meant to take place?  We may not have a vote on the Deal until January.  And what would we be campaigning for? To Remain or to accept the Deal?

Second, Emily [Thornberry] today entertained extending the Article 50 process beyond March 2019.  However, 29 March is set in law as the date we leave the EU.  So Keir must answer how he intends to change that date?

Third, my understanding is that to extend the Article 50 pr4ocess requires the unanimous consent of the EU 27, which only the Government, not parliament, can request – which is not going to happen.

Fourth, if we do extend our membership of the EU beyond March, do you intend to contest the European Elections in May?

For the reasons underlying those questions, I believe this approach is flawed.