Caroline Flint has today called on the Government to do more to increase apprenticeship opportunities for young people after recent meetings with local firms.

The latest unemployment statistics show that across the country more than 900,000 young people aged between 16 and 24 are now out of work. 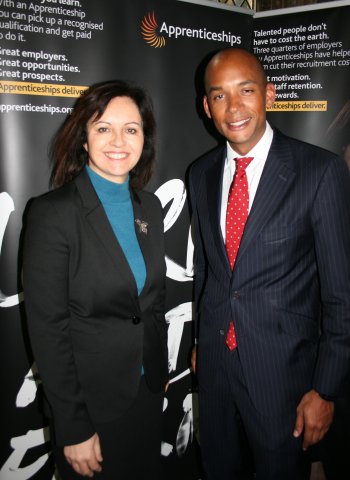 The visit took place as part of National Apprenticeship Week, set up by the Labour Government in 2008 as part of its commitment to apprenticeships which saw the number of apprenticeship starts rise dramatically from 65,000 in 1996/97 to just under 280,000 in 2009/10.

Caroline said: “I’ve met some great apprentices recently – at Polypipe in Edlington, at W Hallam Castings and a Conisbrough welding apprentice at Alstom in Stafford.  Apprenticeships are a viable option for young people in our area, and a clear legacy of Labour’s commitment to the programme during our time in Government.

“But with 2,360 young people in Doncaster and over 900,000 young people out of work nationwide, the Government needs to do more to help firms create the apprenticeship opportunities young people desperately need.

“A One Nation Labour Government will put this right.  Building on the work of our independent Skills Taskforce we will create a new universal standard for apprenticeships so that they are qualifications that employers and young people can trust.  And we’ve also called on the Government to use the money which it already spends on public procurement to create thousands of new apprenticeship opportunities.”

2014 marks the sixth annual Apprenticeship Week - it was first launched in 2008 by the then Secretary of State for Innovation, Universities and Skills John Denham. It is running between 3rd and  7th March this year.

Labour’s Skills Taskforce, led by Chris Husbands, reported on how we can increase the number of high-quality apprenticeships in the UK by setting up a ‘something for something’ deal with employers. This will give employers more control over apprenticeship design and skills funding – in return for more apprenticeships. The report can be found here: