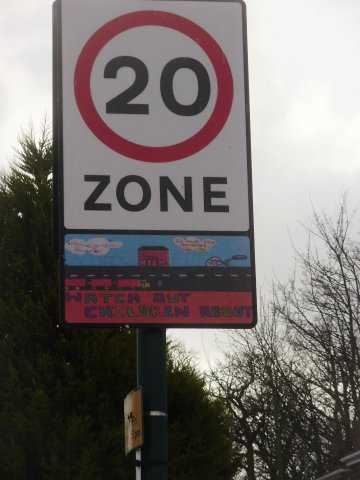 Road safety campaigner Caroline Flint is demanding that Mayor Davies release the evidence he relied on after his shock decision to overturn the Council’s policy on reducing speed limits near schools.  Ms Flint has written to Mayor Davies under the Freedom of Information Act.

Said Caroline “The Mayor shocked everyone by announcing, without any prior warning, that he was ignoring the Council’s policy passed in September, to support 20mph near schools.

“It is extraordinary that from Scotland to the Isle of Wight, councils have put in place 20mph near schools, but Mayor Davies says it isn’t worth spending any money on.  We’re saying schools and parents want it, and  they have the right to feel confident that where there are young children – cars will go slower.

“If 20mph doesn’t slow cars down why does every new housing estate have 20mph by law?  Why is it right for children in Redcar, Staffordshire or Stirling but not in Doncaster?

“The Mayor claims he relied on the Council’s experts for his decision.  People have a right to know how this decision was made.  All politicians are accountable for the decisions we make.  Doncaster’s Mayor is no exception.”

a)    The date of the meeting at which your decision was taken.
b)    Copies of any officer reports or evidence that you received to help you reach a decision.
c)    Copies of all documentation showing the detailed costing of implementing the proposals which you considered prior to your decision.
d)    Any reports you requested or received on the impact of similar policies in other local authority boroughs or districts.

The Mayor made a statement at the Council meeting on 7 March announcing a new policy, leaving councillors wondering where this policy was decided.

Said Cllr Phil Cole:  “I think most councillors were totally gobsmacked when the Mayor announced a new policy which his own Cabinet meetings have not discussed.  There is no record of a decision made.  No report has come to council for it to approve.  It is as though the Mayor thinks he can make it up as he goes along.” 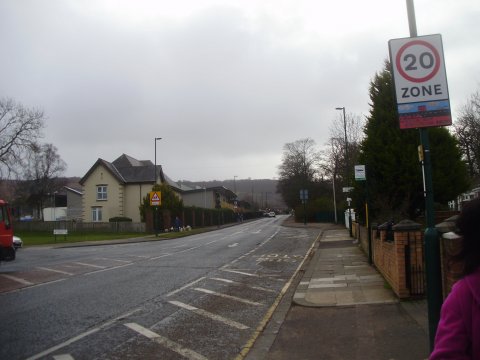 Good enough for Doncaster?  A road sign in Redcar – where every schools has 20mph

Below: Flatts Lane, Redcar – the 20mph road sign is in the foreground – about 100 yards from Normanby Primary school – seen on left.

Normanby, Redcar is just one of many places with 20mph near schools.