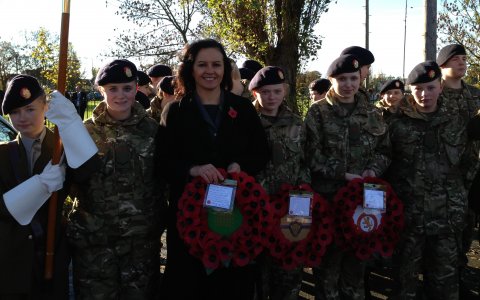 The march was led by the Army Cadet Force C Company Corps of Drums Detachment.

Picture: Caroline with young women from the Army Cadets Force holding their wreaths.

Said Caroline: “The Corps of Drums did the Army Cadet Force great credit on a day of significance to us all.  There are few families that do not have loved ones who served in our armed forces; and for those men and women and their families we remember those who made the ultimate sacrifice in the service of our nation. 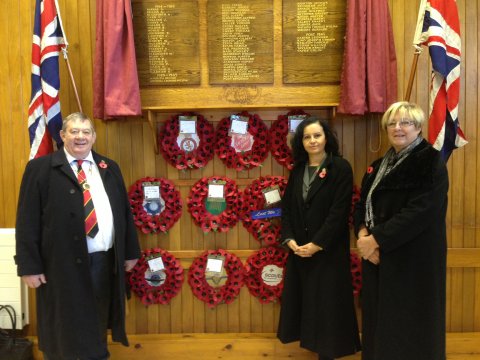 “It was a pleasure to share this day with the veterans of the Rossington British Legion, and the cadets, scouts, brownies and community representatives who paid tribute to the fallen on this Remembrance Sunday.” 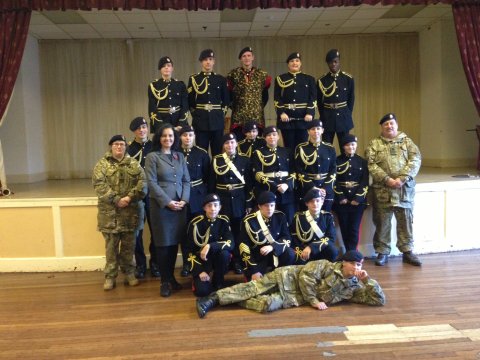 Caroline with the Corps of Drums Detachment