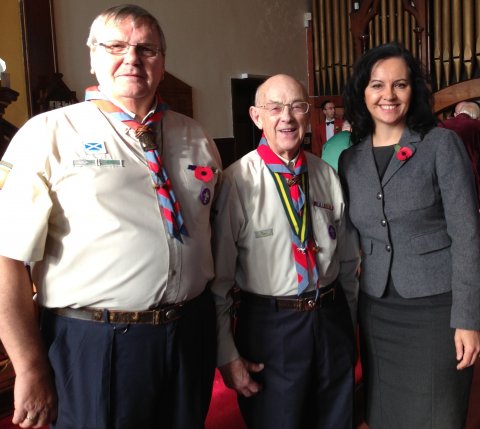 In the week that Arthur Green is honoured with the British Empire Medal, Caroline Flint said:

“Many people can recall being involved in the Scouts as young boys, as Arthur was when he joined.  Few can recall founding a Scout Group as Arthur did with the 3rd Doncaster (Rossington) Scout Group, a group still going today.  And fewer still can imagine contributing to the Scout movement for over seven decades.

“It is fitting that Arthur’s contribution is now recognised nationally by Her Majesty the Queen.  I believe that Her Majesty saw in Arthur Green, not just an exceptional Scout, but an exceptional person and I hope he will treasure this honour for many years.” 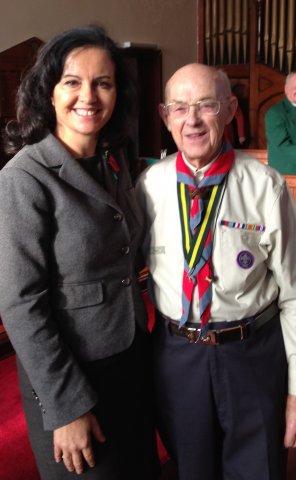 BELOW: Caroline with Arthur.