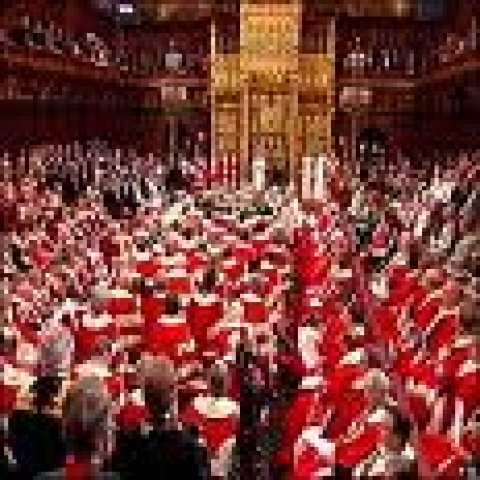 Deputy Prime Minister Nick Clegg was challenged in the Commons by Caroline Flint over plans to cut the number of MPs.

Said Ms Flint:  “We are the only parliament in the world whose second chamber is larger than the first, and Labour’s next phase of reform would have addressed that.

“Is it true that the Tory-Liberal Democrat coalition plans not only to allow existing peers to remain until they die, but to create nearly 200 more peers at a time when they are going to cut the number of MPs?”

The Coalition’s proposal is to save £12million by cutting the number of MPs from 650 to 600.

Speaking after the Deputy Prime Minister’s statement Ms Flint said:  “Nick Clegg totally ignored the question, because he knows it is all very well to say we need to save cost by cutting elected MPs, whilst failing to tackle the huge cost of the House of Lords which amounts to around £125million a year.  If the House of Lords was reduced to around 100 peers, from over 700, it would save over £100 million, far more than cutting the MPs by 650 to 600.”

Ms Flint believes the Lords should be reduced to the size similar to that of the US Senate, which has 104 members.