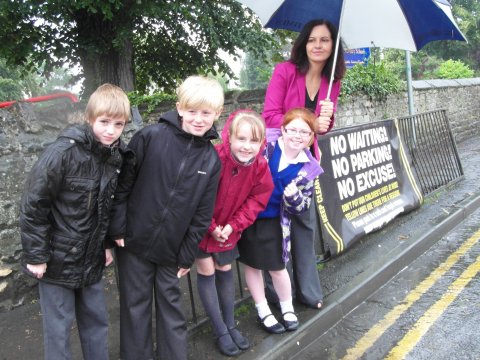 The MP has welcomed a motion passed without opposition by Doncaster Council to introduce lower speed limits outside of schools and to consult communities over which speed limits are wrong.

Said Ms Flint:  “The frustration felt by schools, parish councils and residents about speed limits is one of the issues that has rumbled on for years.  Thanks to Labour councillors, those residents now have a green light to shout about roads where they want the speed limit cut.  The MP is writing to Mayor Davies to ask when the policy will be implemented.”

Caroline Flint is writing to schools, parishes and communities groups in her constituency to urge them to contact her where they believe a speed limit should be lower, or where it should be moved.

Cllr Phil Cole, who proposed the motion told the Council meeting:  “Doncaster’s has seen an 8% rise in serious road casualties in recent years, when nationally there has been a fall of 16%. Doncaster has paid a price in lost lives and serious injuries for road safety being treated as secondary concern.”

Speaking about the new council policy, Cllr Cole said: “Time and again, requests for lower speed limits are ignored.  Mayor Davies was silent on this issue during the Council meeting and since.  I don’t know whether Mayor Davies hopes this issue will just go away, but it’s not.  People want safer roads.”

The Government guidance is contained in Transport Circular 1/06 Setting Local Speed Limits. The guidance stated:  “20mph speed limit: “In town centres, residential areas and in the vicinity of schools where there is a high presence of vulnerable road users.”