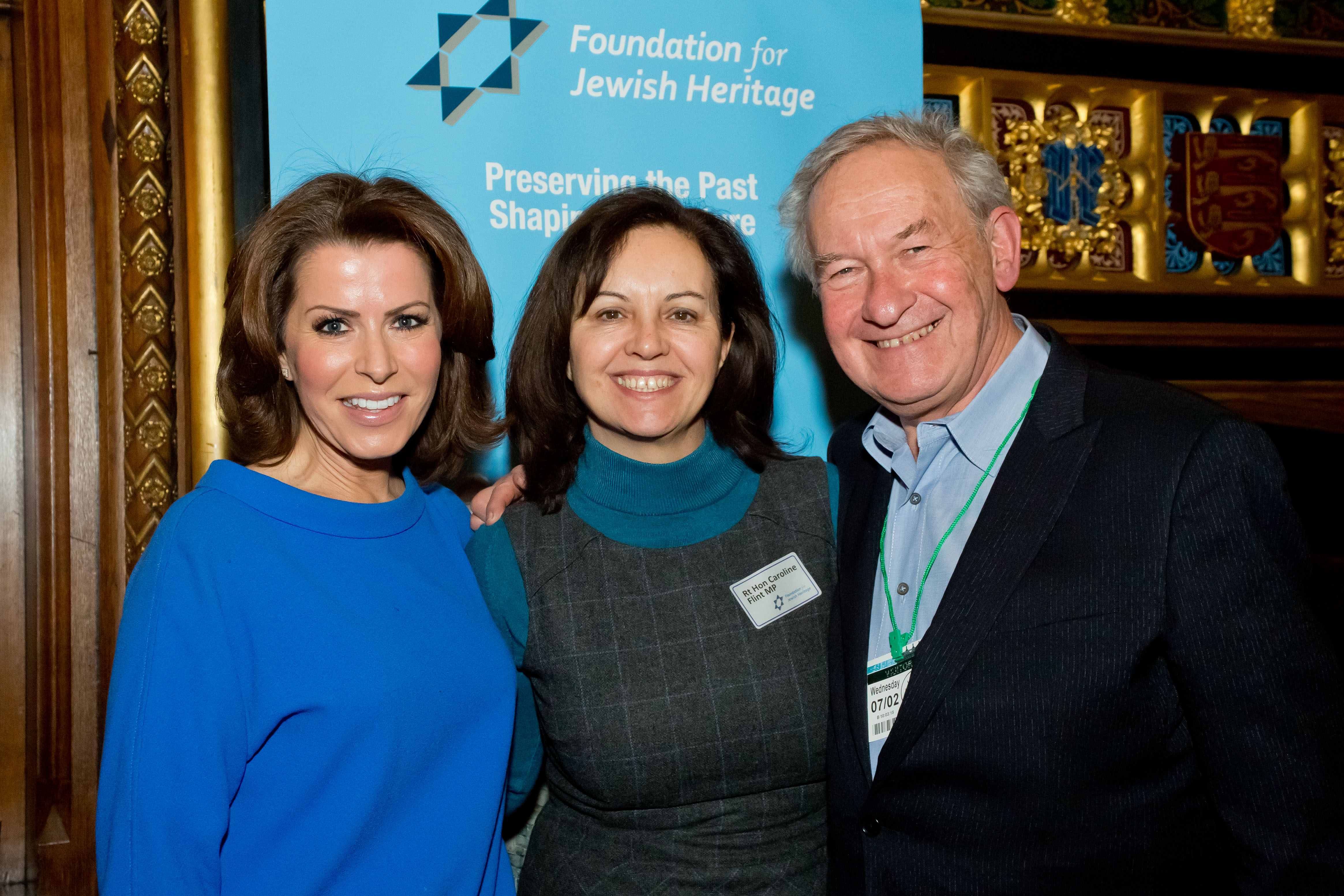 Caroline Flint MP has joined historian Simon Schama and TV presenter Natasha Kaplinsky in Parliament to launch a project to map and preserve the historic synagogues of Europe.

They are among dozens of names from the worlds of politics, heritage, the arts and religion to add their support to the initiative which aims to bring the current state of these historic synagogues to a wider audience.

Said Caroline: "Europe's rich heritage and history, from ancient Greece, the Romans, the Ottermans, Jewish and Christian cultures are part of what makes our history so rich.  I welcome the research commissioned by the Foundation for Jewish Heritage, to map over 3,000 synagogues, mostly pre-dating World War Two, in 48 countries all across Europe, from Merthyr Tydfil in Wales and Sunderland in the North East, to Cork in Ireland and Vladivostock in Russia.

"Many of these buildings have artistic and historical significance.  They tell the stories of communities going back centuries.  The Foundation has identified 160 which are in urgent need of attention, if they are to be safe-guarded for future generations.  We cannot have this rich cultural history lost for ever."

Simon Schama, a trustee of the Foundation, launched the project with the Rt Hon Jim Murphy, supported by broadcaster, Natasha Kaplinsky. 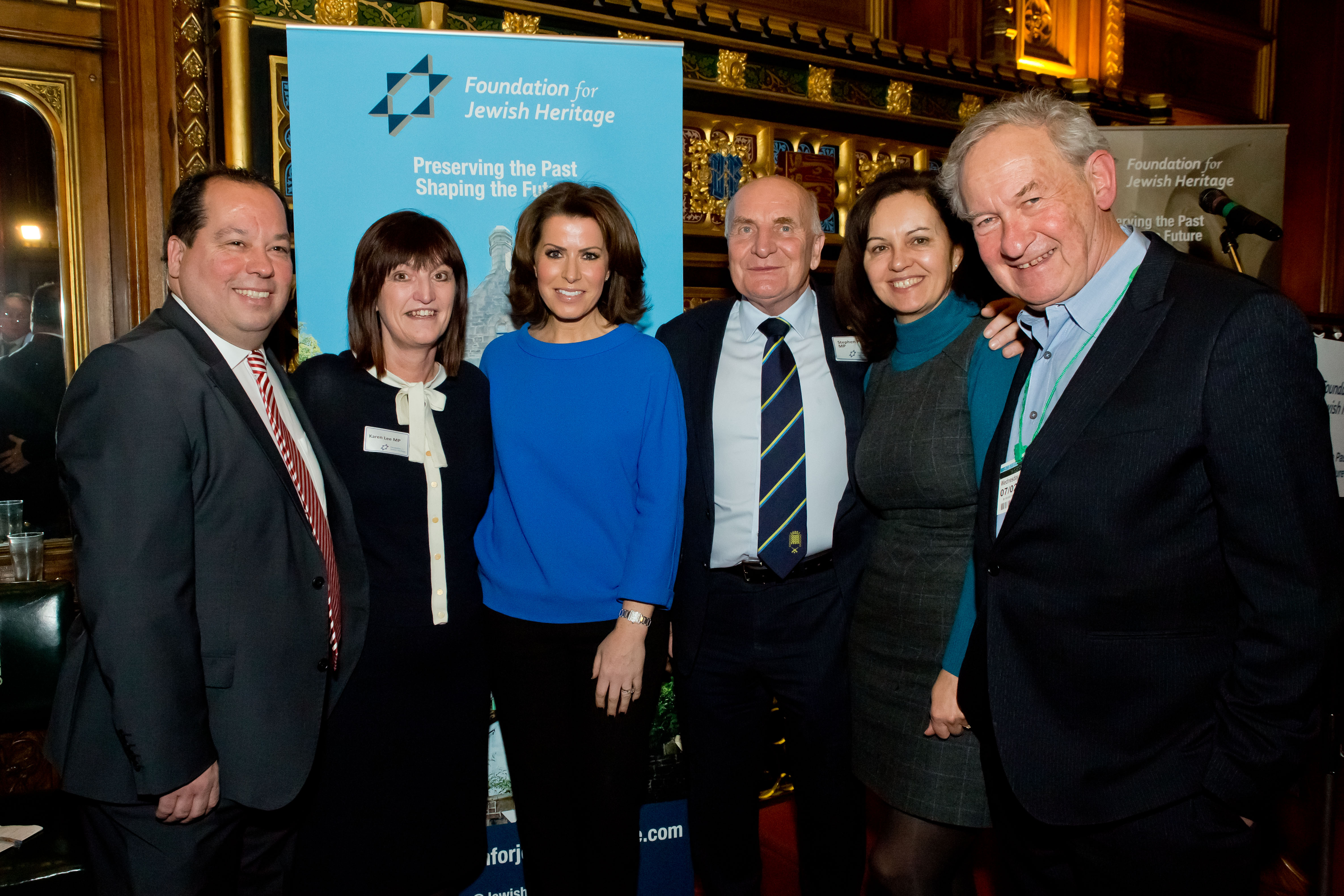 Speaking to guests, Mr Schama said: “Synagogues were always places of gathering, they were social gatherings ... so when we remember, and try to restore and look after places not affected by the Holocaust we are essentially putting back together memory of living communities, even when Jews are absent. So we might quite reasonably ask where there are no Jews – because of extermination or assimilation - why should we bother with this? The answer is that the present is, in the chain of memories, about human vitality, the vitality of communities. So, if you do this, you bring back not only Jewish memory you bring what Europe was. Europe had Jewish life as much as it had Christian life so we are in a sense validating the entirety of our historical memory when we do this, bad memories as well as good memories, memories of living community.”

Natasha Kaplinsky, who last year received an OBE for services to Holocaust commemoration, spoke about her paternal family’s links with Slonim in Belarus and its Great Synagogue, one of those in the ‘at risk’ category. While filming for an episode of the BBC’s Who Do You Think You Are? ten years ago, Ms Kaplinsky visited Slonim and discovered several of her relatives had perished there during the Holocaust.

The Kaplinsky family are interested in helping to restore the 17th Century building for use as a Jewish museum, educational centre and cultural venue for the town – as well as returning it to a place of worship. They are now working with the Foundation and local stakeholders to progress this and a structural survey of the building has already been commissioned.

Ms Kaplinsky told guests: “Slonim had 17,000 Jews prior to the Second World War. By the end it was estimated there were 200. Slonim isn’t just an old synagogue in need of a bit of TLC and repair, it is key, it is a lasting testament to a destroyed community and it is now a place of profound education. It feels important to restore the buildings so that we can learn from our past so that we can turn something as horrendous and horrifying as the Holocaust into something we can use to increase our understanding, knowledge and empathy so that we can combat the growing intolerance in our world and so that we can be forever mindful of the dangers of prejudice.”

Said Caroline Flint: "The Jewish people have produced a vast cultural heritage; a remarkable visual chronicle across the ages. It is an irreplaceable inheritance, a precious legacy for those to come – and it is in danger. The Foundation for Jewish Heritage is dedicated exclusively to the preservation of Jewish architectural sites, working internationally to ensure a future for historic synagogues, Jewish monuments and places of cultural significance."

Find out more about the history of Europpe's synagogues HERE.