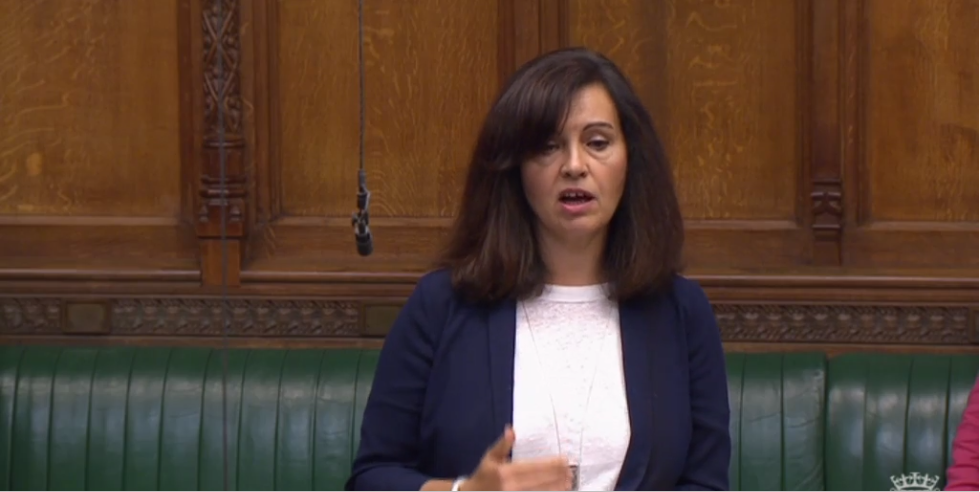 The MP challenged Ministers over the amount spent in London on infrastructure, compared to Yorkshire.

The MP told the Commons “while London receives £1,870 per head on infrastructure spending, Yorkshire and the Humber receives £250 per head. For a 10th of the cost of Crossrail 1—about £150 million—a new east coast mainline spur and railway station at Doncaster Sheffield airport could be built.”

Experts report that a new station on the East Coast mainline would add a further 6 million people within an hour’s travel time of the airport.

The MP also demanded that the Government back Doncaster’s bid for a university technical college.  Ms Flint argued: “Why, in 2017, has the UK not got the workforce we need? Why do we continue to rely so much on imported workers when we could be training more of our own?

Ms Flint insisted that Government: “fails year after year to deliver enough skilled or unskilled workers for key jobs in the public or private sector. The new rail college in Doncaster will help, but it is not enough.

“This week, the Prime Minister reaffirmed a commitment to technical education. The Prime Minister must deliver on that promise, and she could start by giving the green light to the bid for a university technical college for Doncaster.”

The MP’s demand follows the Government deferring a decision on the Doncaster bid, which has the backing of both the Council, the Doncaster Chamber and local employers.  Ms Flint told Ministers: “A university technical college would transform the lives of the next generation of engineers, designers and manufacturers. It would provide vital T-level stills – the technical equivalent of A-levels; to support our manufacturers. I urge the Prime Minister to back the bid and get a new technical college built in Doncaster.”