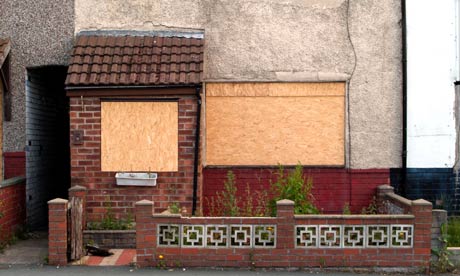 Ms Flint told the Conservative Housing Minister: “A common complaint I receive from residents in Doncaster is the blight of empty properties. Some 3,800 homes are empty, over 1,000 for more than a year.  Many attract vandalism, antisocial behaviour and in large numbers cause property blight. Despite their best efforts, it is very difficult to compel owners to bring these properties back into use to provide much needed homes.”

The Don Valley MP demanded: “Will the Minister agree to review the powers available to communities to tackle the scandal of empty homes without imposing a cost on the taxpayer for the neglect of owners and landlords?”

The Minister responded that local authorities had a range of powers.

Speaking after the exchange, Ms Flint said: “The Government knows it has weakened the powers given to councils to tackle those who blight streets by leaving empty properties, some of which get vandalised or attract other antisocial behaviour. Authorities now have to leave a property for two years before they can take action – and even then it is expensive to pursue at a time when councils are stretched for cash.  We need strong powers, so that councils can act decisively against those who neglect and damage our neighbourhoods through leaving homes empty.”

The parliamentary exchange happening just hours after Ms Flint decided not to join the new Shadow Cabinet being assembled by Jeremy Corbyn, showed her intentions of continuing to support Labour as a back bencher and one of the party’s strongest parliamentary and media performers.

CAN YOU HELP TACKLE THE BLIGHT OF EMPTY HOMES?

If Caroline is your MP and you live near a house that has been empty a long time - email a photo and the address to caroline.flint.mp@parliament.uk - put how long it has been empty (we will not publish your name or address).