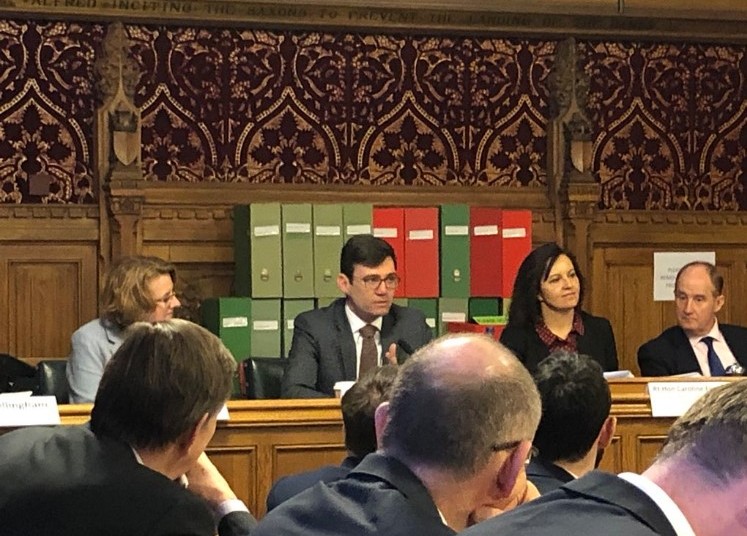 Caroline Flint has added her backing to a campaign for High Speed rail for the North, chairing the launch of a campaign in Parliament this week.

“And we are saying to Government, let us get shovels in the ground to start building it from next year, so it is delivered for the North at the same time as HS2 is delivered for London and Birmingham.”

The Don Valley MP argues that there it is far less complicated to build an East-West link than it was to plan HS2.

Said Caroline: “If the Government wants to reduce the North South divide, we need our High Speed Rail delivered on the same schedule as HS2. Northern MPs, civic leaders and business leaders believe it will unlock a £100bn boost to the North’s economy.

“Doncaster is the heart of England and one of the best connected towns in the UK for road, rail and air. If Northern Powerhouse Rail is completed at the same time as HS2, we will remain at the crossroads of high speed travel in Britain.”

The Northern Powerhouse Partnership (NPP) is calling on Government to deliver Northern Powerhouse Rail (NPR) at the same time as HS2 as a major step to narrowing the North-South divide, opening up much larger potential labour markets for businesses and enhanced leisure and social activities for families.

Phase 2b of HS2, linking Manchester and Leeds to London and the West Midlands, is set to open in 2032/33. Opening NPR at the same time would mean that children born last year could explore further education, apprenticeships or job opportunities throughout the UK, without the barrier of poor connectivity. This could see spades in the ground on NPR as early as next year. 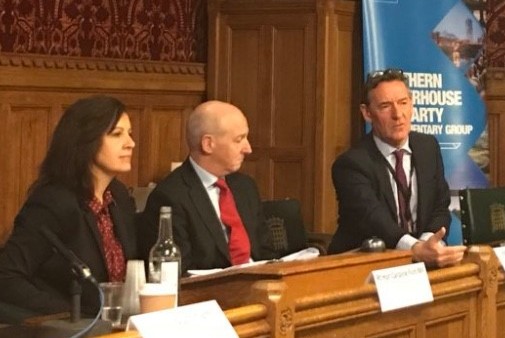 Said Caroline: “At our meeting, the Northern Powerhouse All Party Parliamentary Group was able to hear from Andy Burnham, Elected Mayor of Greater Manchester and Cllr Susan Hinchcliffe, Leader of Bradford Council, about the transformational effects the proposed high-speed networks will have on their cities by connecting them to rest of the North, as well as from Lord Jim O’Neill, one of the first supporters of a Northern Powerhouse.

Currently, travelling from Manchester to Bradford by train takes 61 minutes – bringing in NPR would slash this to just 20 minutes.

The MPs see this campaign as the start of a plan to improve connections to the North, ensuring major towns such as Sunderland, Preston, Carlisle, Middlesbrough and towns like Barnsley and its neighbours in South Yorkshire are included in high-speed connections.

Writing in the New Statesman about the importance of the Northern Powerhouse, Caroline Flint said: “I have family as far north as Teesside and Kendal, so I’m not one who believes the Manchester equals the North. Darlington, Newcastle, Workington, Carlisle, Blackpool, Northallerton, Scarborough, Hull and beyond – so much of the North hardly gets a mention.” 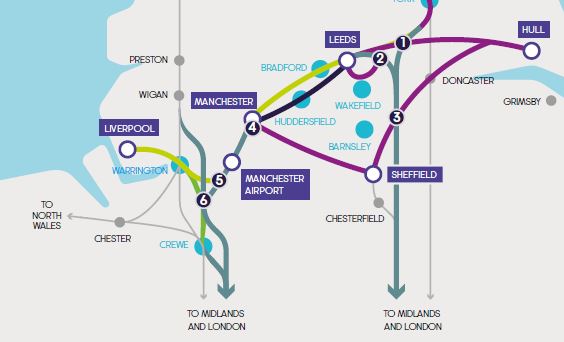 Ms Flint said it was the ambition of the Northern Powerhouse “to influence the everyday lives of 15million Northerners.”

“Without connecting as quickly and efficiently as possible the many closely-located towns and cities of the Northern Powerhouse, it will not be able to create the agglomeration benefits that would transform the economy of the UK, never mind just the North.

“Indeed by doing it, the financial investment justification for central government would vastly exceed the usual cautious value for money criteria, and be one of the most exciting things for post Brexit Britain, notably for an area that has many disillusioned voters.”

Andy Burnham, Mayor of Greater Manchester, said: “Westminster has failed the North and given us a transport system which is simply not fit for the future. People here are no longer prepared to put up with the packed out roads and clapped out trains that we’ve endured for decades.

“We need the Government to deliver East to West Northern Powerhouse Rail alongside HS2, with a revamped Manchester Piccadilly station at its heart. This is a clear call from the Northern Powerhouse Partnership and our job now as political leaders is to gather the whole of the North behind this call, speaking with one voice to Government to demand the rail system the North deserves.

“We’ve has a lot of talk from Ministers but now is the time for them to show their commitment to the North of England and gave us the infrastructure we need to create jobs, boost productivity and tackle the North South divide.”