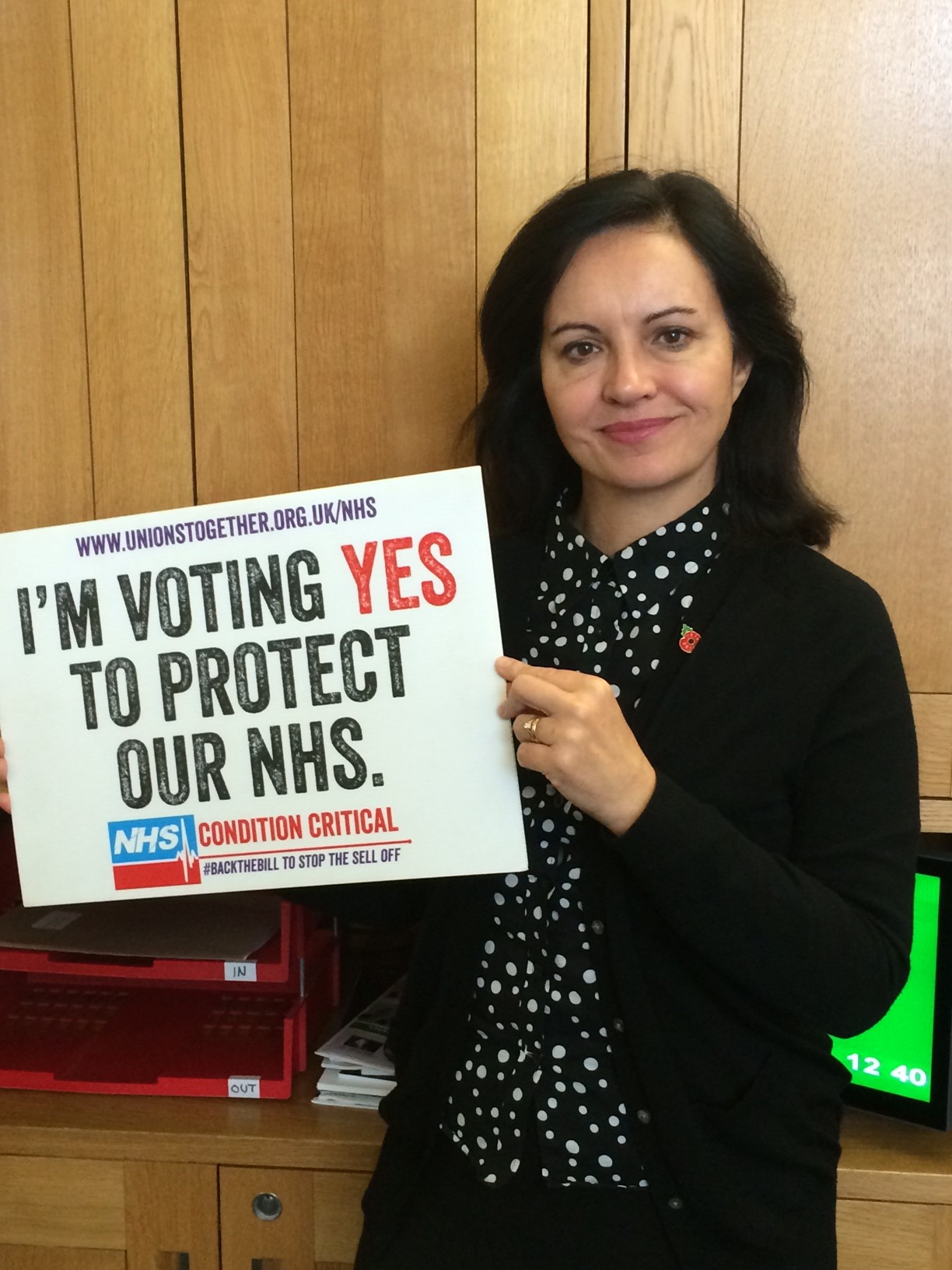 Caroline Flint has called on supporters of the NHS to show their support for a bill to protect the NHS.

The Don Valley MP is backing Labour’s new Bill to repeal the Tories’ new competition rules that drive NHS privatisation at the expense of patient care.

Labour MP Clive Efford will introduce a Bill on 21st November that would scrap David Cameron’s market framework for the NHS and make sure local NHS patients are always put first.

Said Caroline:  “I’m very concerned that the government has forced hospitals to open themselves up to a privatisation agenda which prioritises spending on competition lawyers and tendering exercises instead of patient care.

Put simply, this Bill is one way of protecting and saving our NHS and I hope every supporter of the NHS will support this Bill.

“The approach of the Prime Minister and the Government is to let private companies cherry-pick the most profitable NHS services, regardless of patient need, and spend more money on economic regulators and competition lawyers.  Instead, Labour will ensure that the NHS once again puts patients before profits.

“I support a plan to rescue the NHS with our £2.5 billion Time to Care package which will fund new staff including 20,000 more nurses – investment the present Government simply will not match.  I have no hesitation in backing this bill as it will make sure patients in Doncaster are put first once again.

The Don Valley MP said she expected a very strong showing from Labour MPs determined to pressure the Government to change course.