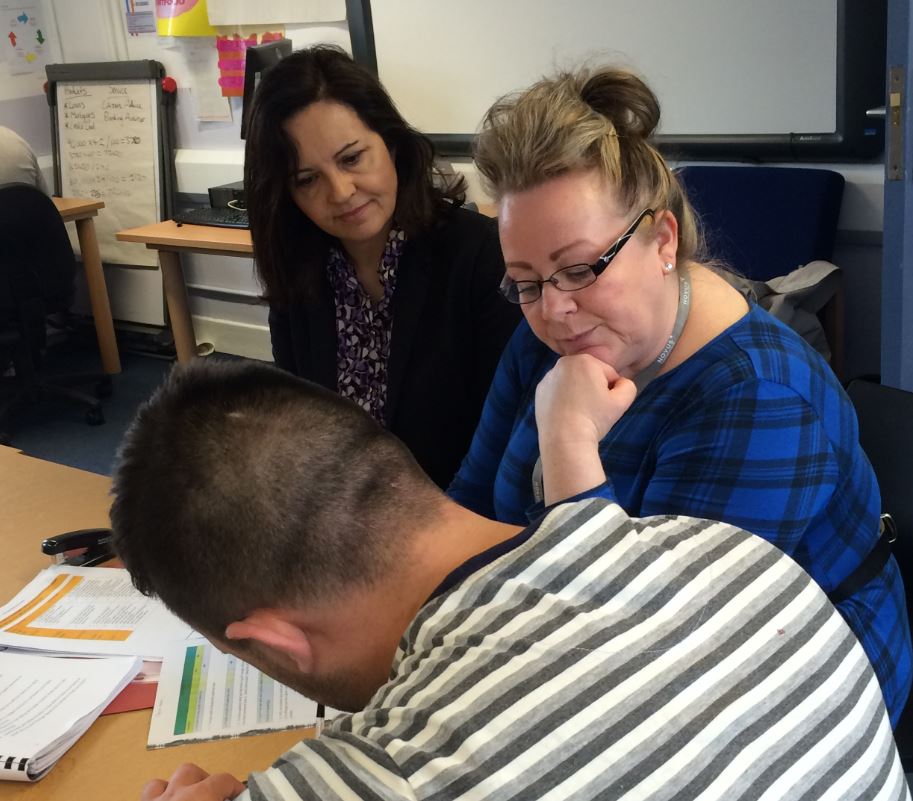 The MP spent two hours at the prison site, which opened in July 2015 on the former site of an Immigration Removal Centre.

Ms Flint saw inmates preparing the ground for planting vegetables and others in a Refurnish workshop repairing and restoring furniture.

Caroline then visited the education department, where she talked to inmates who were improving their IT and job searching skills.

Said Caroline: “It is strange to have a prison that doesn’t have any locks and an open gate – but we have had open prisons for many years in the UK.  These prisoners are coming towards the end of their sentences, and they have to be ready to go back out into everyday life, get jobs and settle down.

"The Lakes site takes prisoners who have been assessed as safe to move from closed (locked) prisons to open conditions and assesses them for three months before they move to HMP Hatfield’s main site.  From there, they are allowed to work in the community during the day, returning each evening.

"My biggest concern is about prisoners who have committed serious or violent crimes. It is vital that the prison service does everything to ensure they are not put into an open prison like Hatfield if they pose any threat.  I met the prison’s assessment staff during my visit and I’m very reassured that this prison is doing a good job.”

A surprise inspection in August 2015 by Prison Inspectors concluded that HMP Hatfield was a good, safe prison.

Speaking about prisoners who abscond, Caroline said:  “ I raised my concerns with the Governor Chris Dyer and the Minister Andrew Selous when we saw a spike in the number of absconds from Hatfield and elsewhere in the UK. I know this is taken very seriously and that action has since been taken to review the assessment process for open transfer and ensure prisoners are returned to closed conditions when they abscond. There will always be a few prisoners who do the stupid thing and walk out.  Some hear about family problems at home and leave, only to find the police knocking on their door the next day.  A few get into debt to other prisoners and leave.  When inmates have problems they need to talk to the prison staff, not run.  That is the sure way to end up with a longer sentence in a closed prison.  Even though every day is a work day, every inmate I met said they liked being at HMP Hatfield, compared to their old closed prison.”

The MP had visited HMP Moorland the previous week to see how the closed prison was doing.

Said Ms Flint: “HMP Moorland does a very difficult job, with over 1,000 inmates, and a very diverse group of prisoners, serving long sentences.  There have been eight governors in 10 years and the last inspection in 2012 identified a number of improvements and I was keen to discuss with Governor Tim Beeston what changes had been made. The prison was recently inspected again and I look forward to reading a better report. All of these prisons are trying to manage inmates with fewer staff than for many years. Our prison staff do an important, often unappreciated job, and I want the Government to value what they do.”