MPs call for cut in VAT on fuel 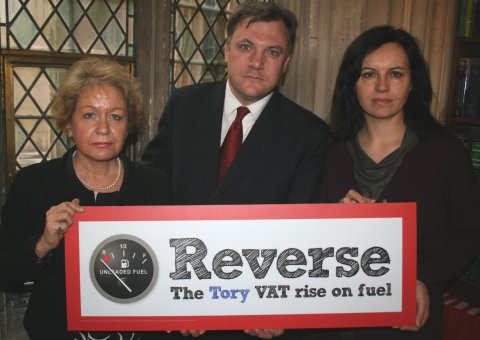 Caroline Flint and Rosie Winterton are calling on the Chancellor George Osborne to reverse the government’s VAT rise on fuel.

The hike in VAT to 20 per cent in January has added nearly 3p to the price of a litre of petrol and will raise £700m for the Treasury, according to figures from the independent House of Commons Library.

The Labour Party says the VAT rise should be reversed immediately on petrol using the £800m extra the government is now getting from the bank levy, compared to what it was expecting in the last Budget.

“I’ve consistently opposed the Conservative-led government’s VAT rise which has hit families in Doncaster and helped to push up petrol prices to their current record levels.

“It’s time the Chancellor George Osborne took immediate action on fuel prices to ease the pressure on families who are already facing a tough year and their incomes squeezed. He should immediately reverse the VAT rise on fuel, which has added nearly 3p to the price of a litre of petrol, using the extra £800m the Treasury will be getting from the bank levy.

“In the Budget later this month George Osborne should look again at the annual fuel duty rise due in April.  The last Labour government often postponed planned duty increases when world oil prices were on the up - as they are now.  The Tories promised a ‘fuel duty stabiliser’ to win votes before the election, but if they don’t deliver one it will just be another broken promise from this government.

“Rosie and I know how strongly people feel about the cost of running a car, so I urge people across Doncaster to sign the petition to the Chancellor at www.reversevatonfuel.com”

According to the AA’s latest fuel price report shows that across Yorkshire the average cost of a litre of unleaded petrol in February was 127.8p – up 6.6p compared to December before the VAT rise.  And the current instability in the Middle East and North Africa is driving up oil prices around the world which means the price of petrol at the pump is continuing to rise.

“Now is the wrong time to be making things even worse for hard-pressed families in Doncaster by hiking up VAT, as this government has done. George Osborne should admit he got it wrong and reverse the VAT rise on petrol now.”

“I hope people across Doncaster will back our campaign and send a message to the Chancellor George Osborne that he needs to act immediately to reverse the VAT rise on fuel. It’s the wrong tax at the wrong time and is hitting families and businesses hard.

“George Osborne also needs to come up with a plan to get our stalled economy moving again and get more people into work making their contribution and paying taxes. That's the best way to get the deficit down and ease the pressure on families facing the squeeze.”