MPs back end to rail mayhem 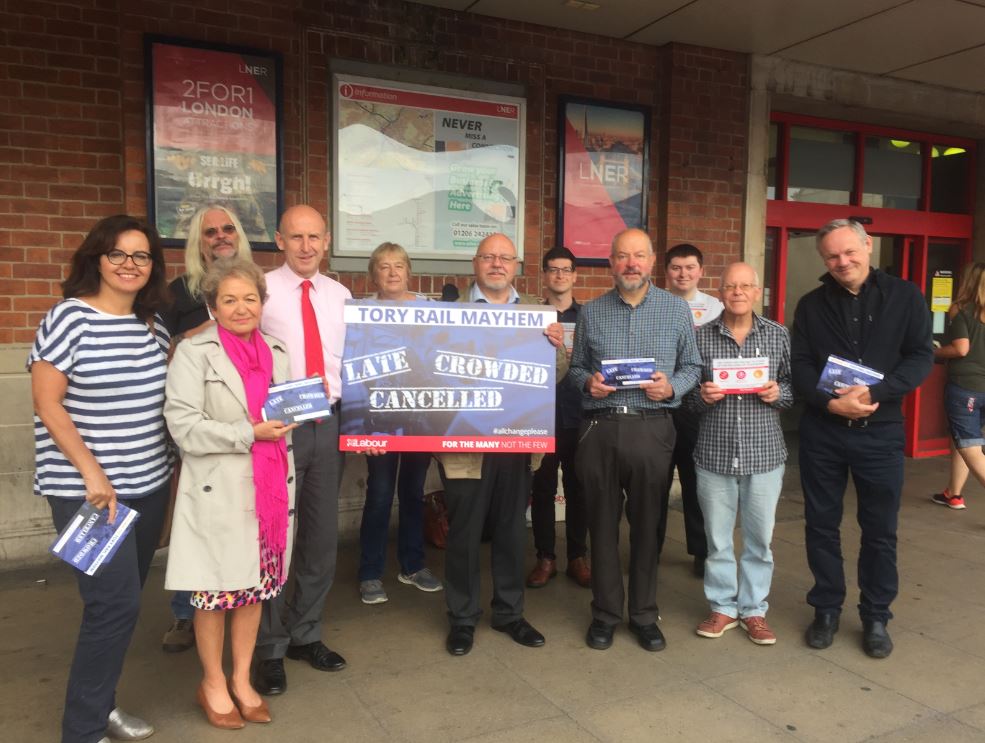 The MPs took part in a day of action to highlight that the entire rail network would be better back in public hands.

Said Rosie: “Rail services have been chaotic in recent months.  But this is not a one off.  Just last month, the East Coast Mainline was taken back under Government control because the private companies that ran the franchise failed, the third time in a decade that the service has failed in private hands.

“We are determined to achieve a fairer deal for passengers and a more consistent and improved service across the country. And we will restore fairer peak time fares, saving the typical commuter £500 across the parliament.”

Said Caroline Flint, a co-chair of the Northern Powerhouse All Party Group that has campaigned for Northern Powerhouse Rail, “We have a simple message for the paying passengers: the only period the East Coast line has been a success was 2009-15 when it was run under public ownership.  Over £1billion was returned to the Treasury and it was the best performing operator on the entire rail network.

“The East Coast Line should never have been re-privatised in 2015, only to fail again in 2018.

“But we don’t just want a change in ownership, we want a change in performance, which is why Labour will invest £10billion to deliver faster east west services: Hull – Doncaster – Leeds – Liverpool; and help to deliver more jobs in the North.  We will address the problem of the North having just one third per head invested in transport compared to London.

Polls show consistent public support for the rail networks to be in public ownership, rather than run by private firms.