THE BRITISH PEOPLE HAVE DECIDED
Many thanks to everyone who contributed to our Referendum campaign in Don Valley.  Everyone who helped deliver over 50,000 leaflets, knock on doors, bundle leaflets or staff the office.  I was delighted by the number of members who played a part for the first time.

I acknowledge and respect that some members did not support staying in the European Union. But Labour’s position was to back Remain and convince our supporters that was in their best interests. It was expected that 70 – 80% of Labour voters would vote remain. It has been a tough and, in the end, a disappointing campaign for Labour.

We must accept the outcome.  The British people have decided.  Britain will, in due course, hand in notice to leave the EU. Labour’s priority is to ensure that the UK gets the best possible deal from Europe.  As a Doncaster MP, my first concern is to see the Government take every step to minimise any adverse effects on ordinary families. This process will take over two years, and it may be a rocky road, along the way.

The vote to Leave the EU has already led to David Cameron resigning as PM.  The public had rejected his view and his position was untenable.

But this vote has also sent a shock wave through the Labour Party.

We were united on this issue, with only a handful of Labour MPs in the Leave camp.  But Labour’s campaign failed to persuade Labour voters to back Remain.  At least half appear to have rejected our view, preferring that of Johnson, Gove and Farage.

Those members who knocked on as many doors as I did will know that one issue dominated the motivation of Leave voters: immigration. Talk of the benefits of migration or the reliance of our NHS, the care sector or farming on large numbers of EU nationals could not counter the strong concerns voters had.  Nor the message that they pay more in tax than they cost in services they use.  This was a vote to limit or stop immigration out of fear.  And the Leave campaign sought to heighten these fears.  In the end, feelings mattered more than facts.

Most people had an idea that Britain would be worse off if we Leave.  But it didn’t matter more than “taking back control” of immigration.  Their anger, distrust of politicians and an anti-politics mood, galvanised this national protest.

This was not voters voting against Cameron for socialist reasons.

It saddens me that Labour voters were divided on this question.  Labour’s message was confusing.  Just a few weeks before the vote, half our voters did not know that Labour was saying ‘Vote Remain’. The LEAVE campaign added to the confusion with their red bus, red posters, red leaflets and NHS message.

Labour’s campaign had little to say about immigration – even though it was the biggest concern by a country mile.
This is a dangerous time for Labour.  This campaign has opened a chasm between our voters in English and Welsh towns and those in the big metropolitan and university cities.  Places that feel left behind.  Nearly every such town voted Leave, including Doncaster, where 69% voted Leave. In mining communities, it was worse.  In one solidly Labour part of Denaby Main, only 15% of people voted Remain, yet 85% voted Leave.

The Labour Party will need to repair that rift.  Show we understand the worries or these voters will be driven closer to UKIP and others.  We cannot gloss over Labour’s failure.

We may face a general election as early as this autumn against a newly elected Tory Leader, with immigration and Brexit central to that campaign. And then we face council elections next May.

Jeremy Corbyn has to convince Labour MPs, councillors and members that he can rebuild our support beyond the big cities, attract voters beyond committed socialists, and win the trust of the country.  Many of Labour’s frontbench and Shadow Cabinet clearly do not believe that Jeremy Corbyn can provide that leadership.   I agree with them.  I visited Jeremy’s constituency, when I was a health minister. I organised a campaign visit for Jeremy in Doncaster during this campaign.  Jeremy is a decent man, but he is not a leader.

Polling done for the Labour Party showed that 29% of the people who voted Labour in 2015, would not vote Labour in a general election today.  That equals 3 million lost voters.

Without a change, Labour could be slaughtered if an election is called in a few months.

This is a difficult discussion.  But, if we cannot have that debate after a huge decision like this, when can we?

I want the views of members about Labour’s national campaign.  What were your friends or family saying, particularly those who are not 100% committed to Labour? Let me know.

It is rare for me to write such a long letter to members.  But Labour is facing a crisis of confidence and a great threat to our future as a major political party.

Thank you again to everyone who campaigned.  I know many of you will be saddened by the outcome of the referendum.  So am I. 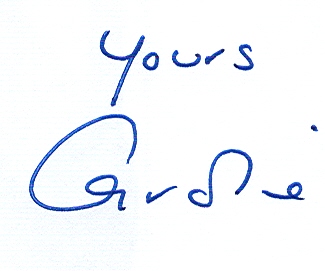