My speech on Tax Credits 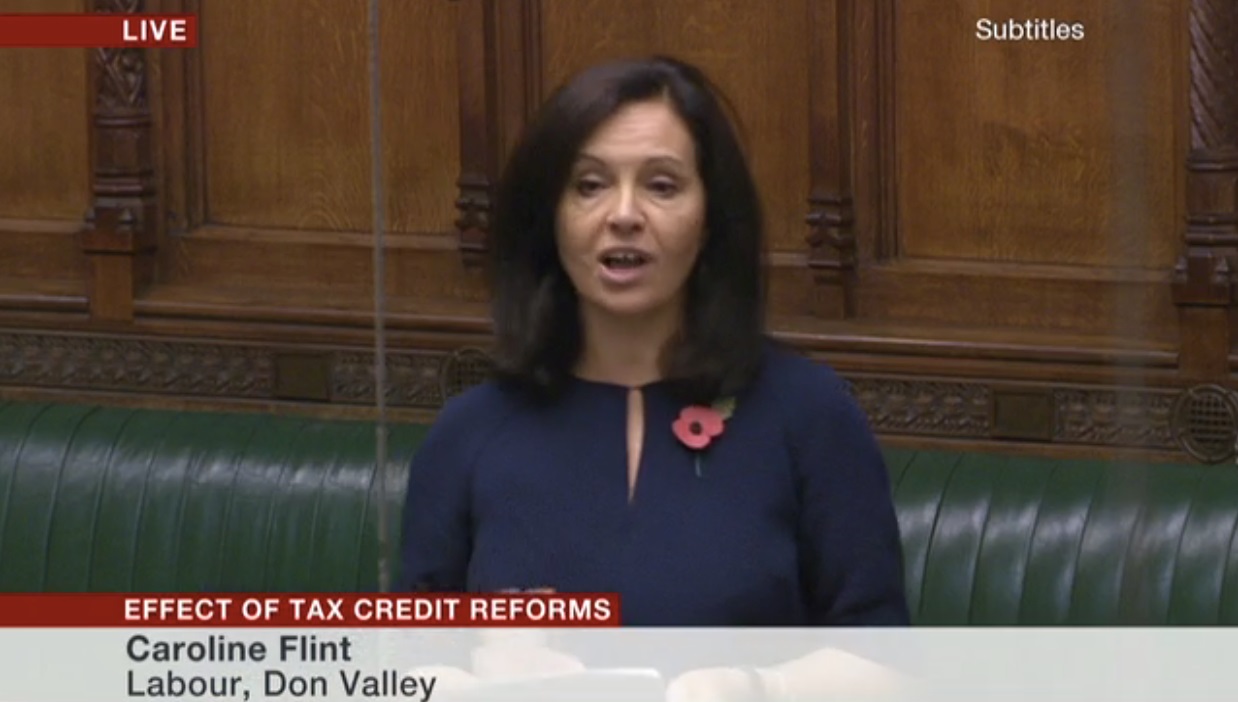 Caroline Flint (Don Valley) (Lab): It is a pleasure to follow the hon. Member for Aberconwy (Guto Bebb). He makes a very important point about how little people keep for every £1 extra they earn.

The motion - criticising the tax credit cuts was passed 215 votes to 0.