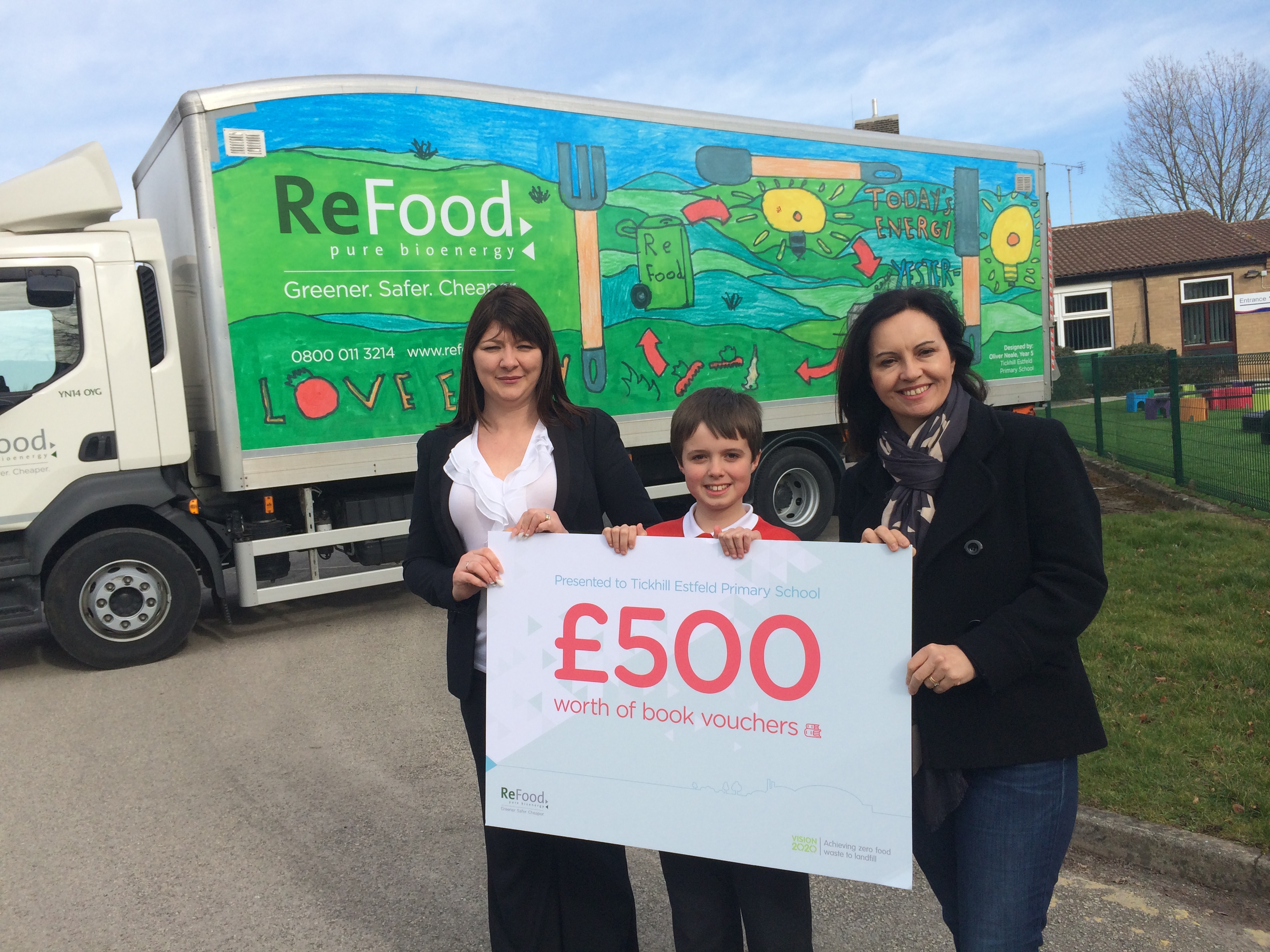 Tickhill Estfeld pupil Oliver Neale received a giant surprise this week, when his big idea won a competition organised by Doncaster recycling company, ReFood, to create a design for the ReFood delivery lorry.

Oliver was joined by his parents, grandparents and local MP, Caroline Flint, to receive the prize of £500 of vouchers for his school. Oliver's classmates also got the chance to see the new lorry unveiled.

Said Caroline: “This was a great day for Oliver.  Over 1,000 children entered the competition, but it was Oliver’s design for a big idea – that food waste could be turned into energy - that won the day.  Oliver’s design now features on the side of this huge ReFood lorry and will now be seen by thousands of people every day.”

Laura Moffatt, regional sales manager at ReFood Doncaster, commented: "At ReFood, we understand the importance of getting students to think about recycling and food waste – they’re the next generation of recyclers.

"Our ‘ReDesign a ReFood Truck’ competition aimed to make the whole process more fun and understandable for the younger generation, helping to support the concept of sustainability in schools and at home."