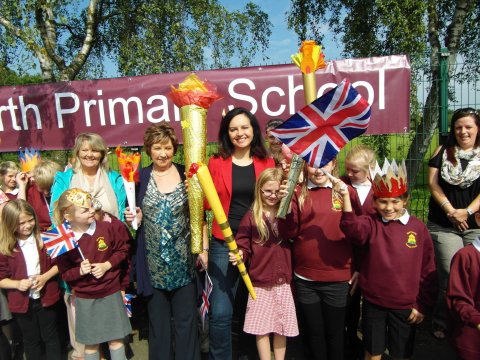 Caroline Flint was with pupils from Warmsworth Primary school for the occasion.

Thousands of residents and school children from Warmsworth, Edlington and Sprotbrough lined Sheffield Road to see Adrian Howes, from Rossington, light the torch for his leg of the relay.

Picture: Caroline Flint and Cllr Elsie Butler join staff and pupils of Warmsworth Primary School, who made their own torches for the occasion.

The torch began its Doncaster journey at Pennine View, Conisbrough before arriving in Warmsworth.  It then proceeded into the town centre, where local hero Lance Bombardier Ben Parkinson walked the 300m from the war memorial on South Parade before passing on the flame at Manor Drive. 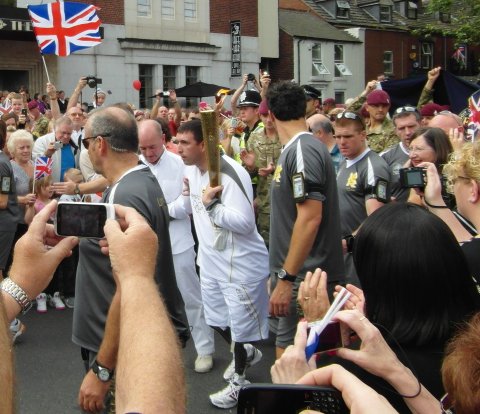 BELOW: Adrian Howes, lights the torch at the kissing point in Warmsworth.After lunch, the torch went through Armthorpe, Dunsville and then finally to Hatfield before leaving on its journey to Cleethorpes.