One Way ticket to Brexit 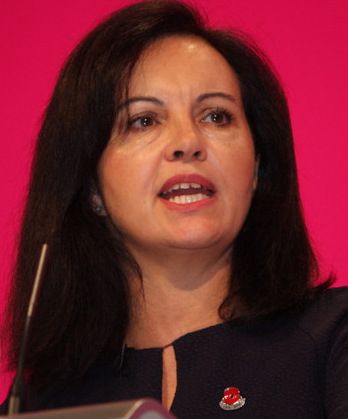 This article was first published in the Doncaster Star 14 October - before the court ruling on Article 50.

The decision is made. Parliament must respect the result, but seek the best deal for Britain as we Leave.

I voted to Remain. Not because the EU is perfect, but because I worried that the UK, outside the EU, would lose jobs. Hundreds of Doncaster jobs depend on selling abroad to the EU. Holiday-makers get cheaper flights and families have cheaper food because of the EU’s single market. We also tackle cross border crime and tackle pollution with our European neighbours.

Now we have been given our instruction by the British people, we need to protect many of those things that we value, as we leave.

There is uncertainty. There is a worry about British people living and working in Europe; and Europeans who work or run businesses here. European citizens living and working lawfully in the UK must be respected. There can be no tolerance of racism or intimidation. People are people, wherever they are from.

In the months ahead, we will hear a lot from industry leaders and the City of London. I also want to hear from you. So far, I have surveyed 3,000 residents about their views. They were a mix of Remain and Leave voters; and people who vote for various parties.

Their priorities for Britain’s negotiations were:
• Protecting Doncaster jobs/businesses
• Keeping the promise of more money for the NHS
• Securing a better deal on immigration
• Protecting employment rights

On immigration itself, views were divided: one third wanted no change to immigration rules; a majority wanted some changes, either for Britain to welcome high-skilled workers, to limit low-skilled or to end free movement. One in ten supported welcoming tourists, but restricting European working here or Brits working abroad.

To take part in my survey go to: http://www.carolineflint.org/the_big_questions_survey

What has become clear since June is that there will be no more money for the NHS. Even Farage and Boris Johnson admit that ‘the promise’ was a fib.

But there will have to be some limits or changes to free movement. The challenge is to do that fairly; and not at the cost of losing access to the single market. Firms must be able to sell goods as easily to Paris as to Portsmouth. Uncertainty is costly.

The pound is worth less, so our holidays and food will cost more. The next few years will be a bumpy ride.

One thing’s for sure. Theresa May cannot shut Parliament and the country out for nearly three years, before springing the Brexit deal on us. MPs, and the people, must be included in this journey.

Let’s make the best of it for Britain.