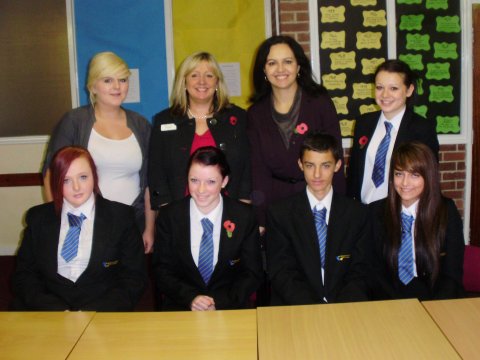 Caroline Flint praised one of Doncaster's most improved schools, after meeting senior students at the De Warenne Academy in Conisbrough this week.  Ms Flint was given a tour of the school by Principal Gill Pollard.

Said Caroline:  “The De Warenne Academy has made a very successful transition from its Northcliffe days.  The school has a very different feel, the students look smartly turned out, and are obviously very proud of their school.  The Principal Gill Pollard has managed a complete transformation at De Warenne.  This is a “can do” Academy.

Ms Flint spent an hour talking to the elected leaders of the students, including the elected Student President, Jessica Lockley. 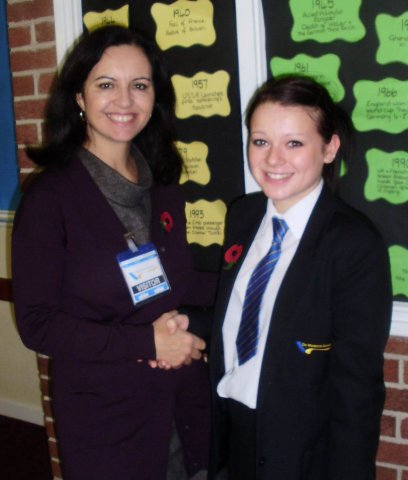 “The message I got from the students is that they believe their new school is a big improvement; that they learn more during school time and feel that bullying and antisocial behaviour have fallen dramatically.  Their enthusiasm for, and pride in, their school is very apparent.  And the huge improvement in the pupils’ attainment bears out the benefits these changes have brought about.

The De Warenne Academy took over from the former Northcliffe School.  In the past year the school has gone from 45% of pupils getting 5+ GCSEs A-C to 66% in 2010.  De Warenne benefits from support it gains as part of the Schools’ Partnership Trust.

The Academy has a Building Schools for the Future bid which was put on hold by the incoming Coalition Government. 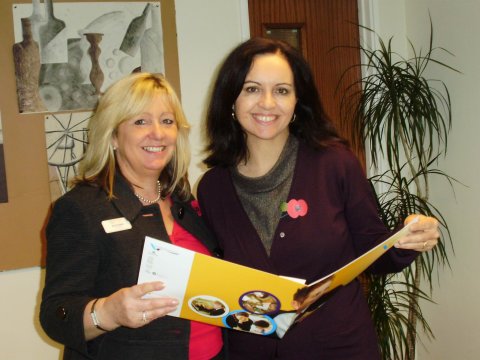 Looking up – Principal Gill Pollard and Caroline Flint discuss the achievements since the school became an academy.