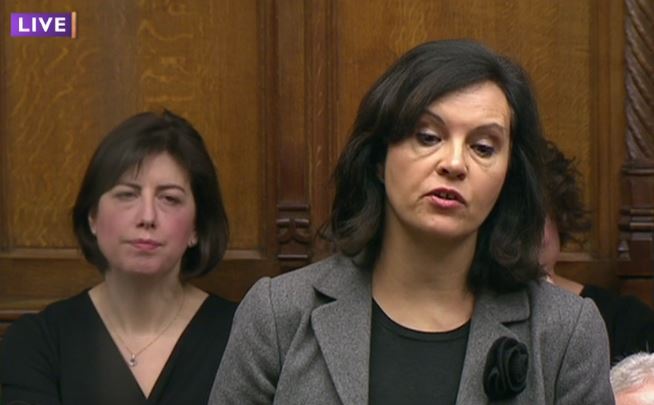 energy price hikes, this week. It comes as statistics reveal 1 in 10 Don Valley households live in fuel poverty. Click the image to watch Caroline at PMQ's on February 8th

With Npower, one of the Big Six energy companies, announcing a 9.8% increase for dual fuel customers, the Don Valley MP pressed the Prime Minister to reveal the government’s plan to reduce energy bills.

Caroline said: “Ofgem has moved to protect those who are on prepayment meters with a cap on their energy bills, so why does the Prime Minister not demand similar protection for the majority of customers, who are being ripped off, as the Competition and Markets Authority has said, to the sum of £1.4 billion a year?”

Over 20 million households across the UK are being charged over the odds, as a result of energy companies’ moving longstanding customers onto standard variable tariffs.  At the same time, there are currently over 4 million households across the country unable to afford the energy they need to stay warm. It is a particular problem for those on low incomes, often living in poorly insulated homes that are expensive to heat.

Ms Flint said:  ‘One in every ten households in Don Valley are living in fuel poverty.  Many are living in cold, poorly insulated homes.  Living in a cold or damp home can lead to extremely poor health, especially for those who are vulnerable such as older people, young children, and those with long term sickness and disabilities. ‘Not only does this cause misery for millions of people during these cold months, but places extra strain on our already stretched health services.

“In Don Valley, while over 4,000 households are in fuel poverty, the pressure doesn’t end with a question to the PM. Until the Government introduce a protected tariff for the two thirds of customers on standard variable tariffs, I am going to carry on pressing the government to do more.

Jenny Saunders OBE, Chief Executive of National Energy Action who are leading next week’s Fuel Poverty Awareness Day commented:  ‘Fuel poverty is a serious problem and one that we cannot tackle alone. I am delighted that Caroline is supporting the campaign and helping to ensure that her constituents can live warm, healthy and happy lives.’

The latest figures show 4,032 households in Don Valley are in fuel poverty.  This measure indicates that they spend more than ten per cent of their income heating their home.  Across Doncaster, the total figure is 14835.