Please see my speech below from Progress Political weekend on Future ideas for the left. 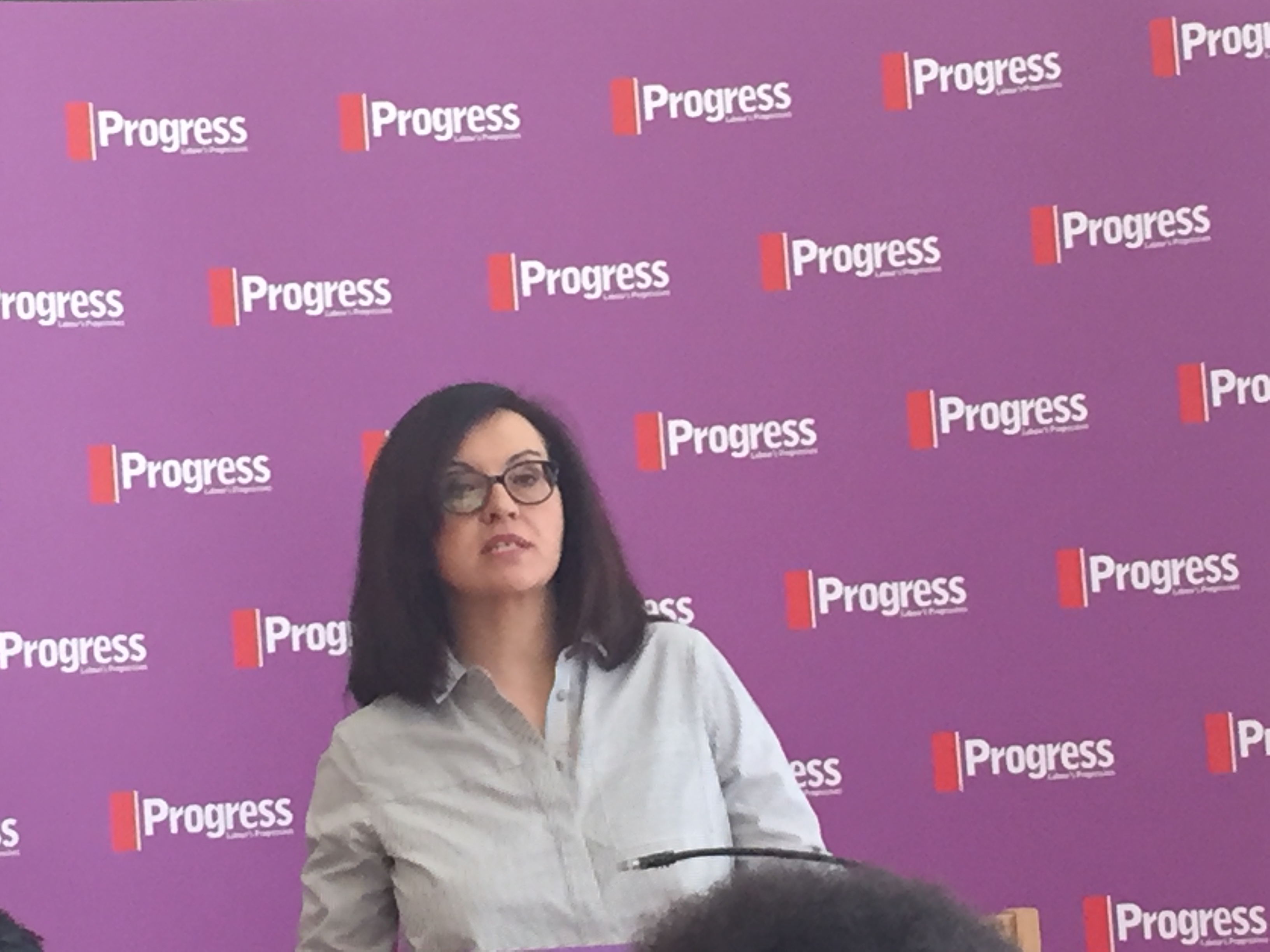 We are in a difficult place. Moderates are not united.

We have lots of activity – but it is not coherent.

We have responded in different ways:

•Some focus on compassionate causes.

•Some on refighting the referendum campaign.

•Some seek to advance policies we raised in the last Parliament – myself included – on tax transparency, health and social care and most recently energy prices

•Others just revert to our default mode – oppositionalism.  If in doubt, let’s just oppose whatever the Tories are doing.

Whatever our successes - I am honest and hopefully self-aware enough to know this is not enough.

Overtime too much of what MPs do in Parliament has become about the me not the we.

We need to act smarter.

We lack the influence of power.

But we do control how we use our own endeavour

We have to devote our time and energy to create a platform of ideas which may be adopted by the Government – that is a risk we take.

Which challenge the Government or which may be adapted and implemented elsewhere.

But ideas which keep us close to the experience and common sense of the British people – so when fortune creates a moment where Labour can compete for power; we have a body of ideas to take forward.

Second, we need Government to be a leader, not a follower.

During our time in Government – we were so convinced that globalisation was a good thing; that we always found excuses about why Government couldn’t do anything.

It might upset the City or EU rules wouldn’t allow.

Meanwhile, while we allowed the market freedom; other countries from China, Norway, Spain or Dubai – used state backed firms or sovereign wealth funds to buy huge chunks of UK industry and real estate.

So Government to become a leader, not a follower, once more.

And that means a more muscular economic nationalism; over procurement; over investment; over backing UK foundation industries; and over sharing the risk on future industrial innovation.

Third, we need to ask why Britain hasn’t got the workforce we need?

Because we don’t have enough good teachers in the STEM subjects in our schools.

Because we have a poor distribution of good teachers.

Because welfare to work was only partially successful.

Because we have too many poor apprenticeships with over one third of young people dropping out and never finishing.

Still apprenticeships divide on gender lines which will do little to help meet vacancies or tackle inequality.

And maybe we haven’t funded enough places in the right subjects at universities, because it would upset the liberal arts and humanities in academia to make such choices.

So we turn out record numbers of university graduates, but we still have skills shortages across the sciences, medicine and engineering.

In too many sectors, such as engineering we are not attracting a diverse base of applicants; and even when women do qualify they are isolated in the workplace and too many leave their profession.

So we need an education, training and workplace revolution.

It is not a success to recruit from abroad simply because you don’t train enough of your own workforce.

It is a disgrace that we don’t train enough nurses, when applicants exceed training places; and bursaries are cut.

You can’t judge Britain’s connectivity by London. You must judge it by Grantham, Kings Lynn and Whitehaven.

Fifth, we need to prepare for the rise of the robots.

I don’t believe either is likely.

David Blunkett once said - half the jobs we will do in thirty years’ time have not been invented yet.

He said that just at the time mobile phones were emerging.

We did not know then that hundreds of thousands of people would work supporting apps.  That 3 million jobs would be created in telecommunications.

The robots cannot replace the educators; the carers and nurses; the creative professions.

And robots will be important for improving productivity; just as technology has in every generation.

So our challenge is to build a workforce ready for the future jobs; not pine for those jobs made obsolete.

And finally let me say something about Brexit.

In the end, moderates have a choice.

We can either hope Britain fails… and keep predicting disaster.

Or we can build ideas that help Britain to succeed.

Progress – your ideas, our ideas, can help Labour.

We have the opportunity to think outside of the box.

And we must work harder together to own the good ideas wherever we can. 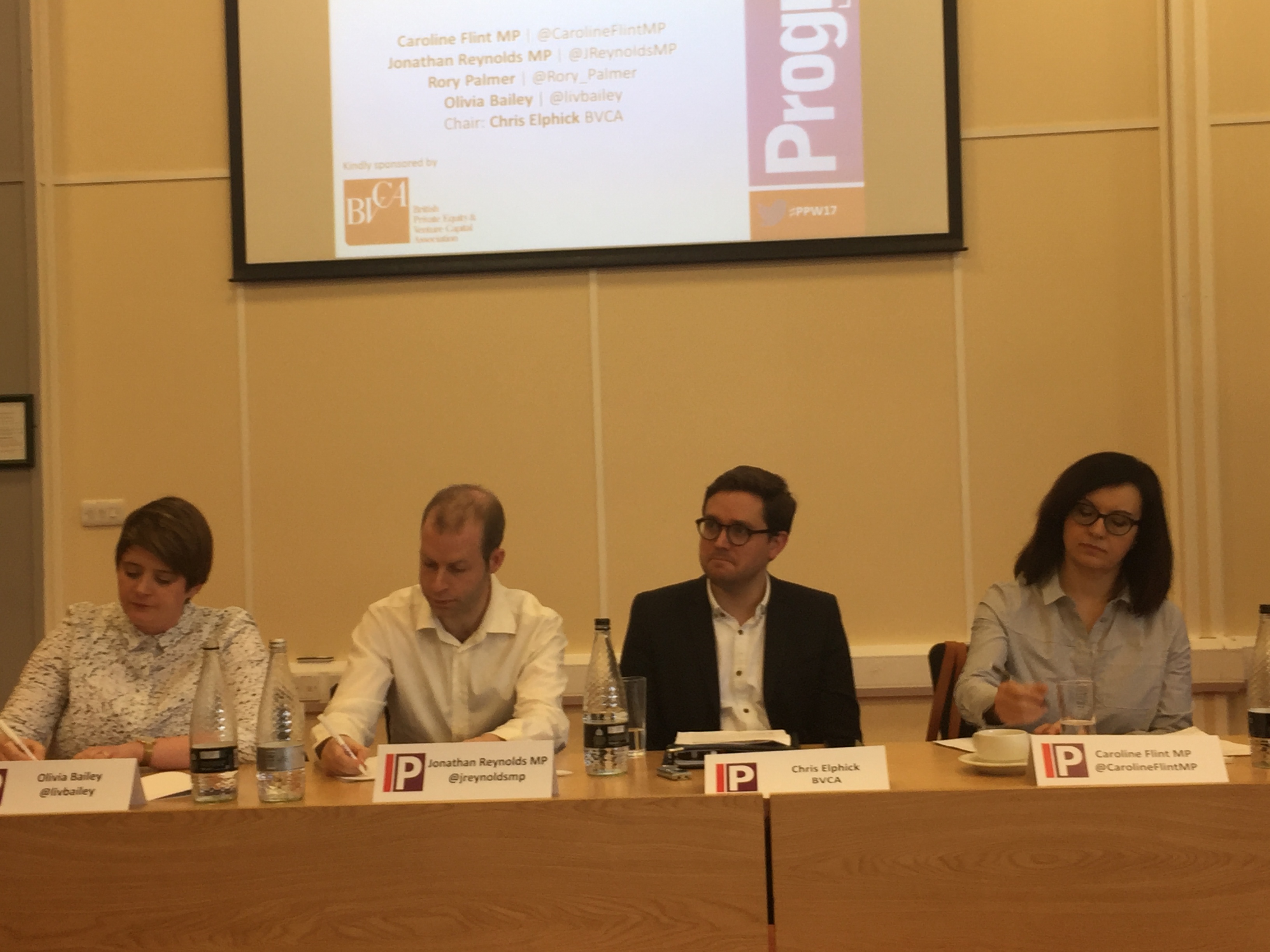