Pupils walk in the footsteps of the Suffragettes 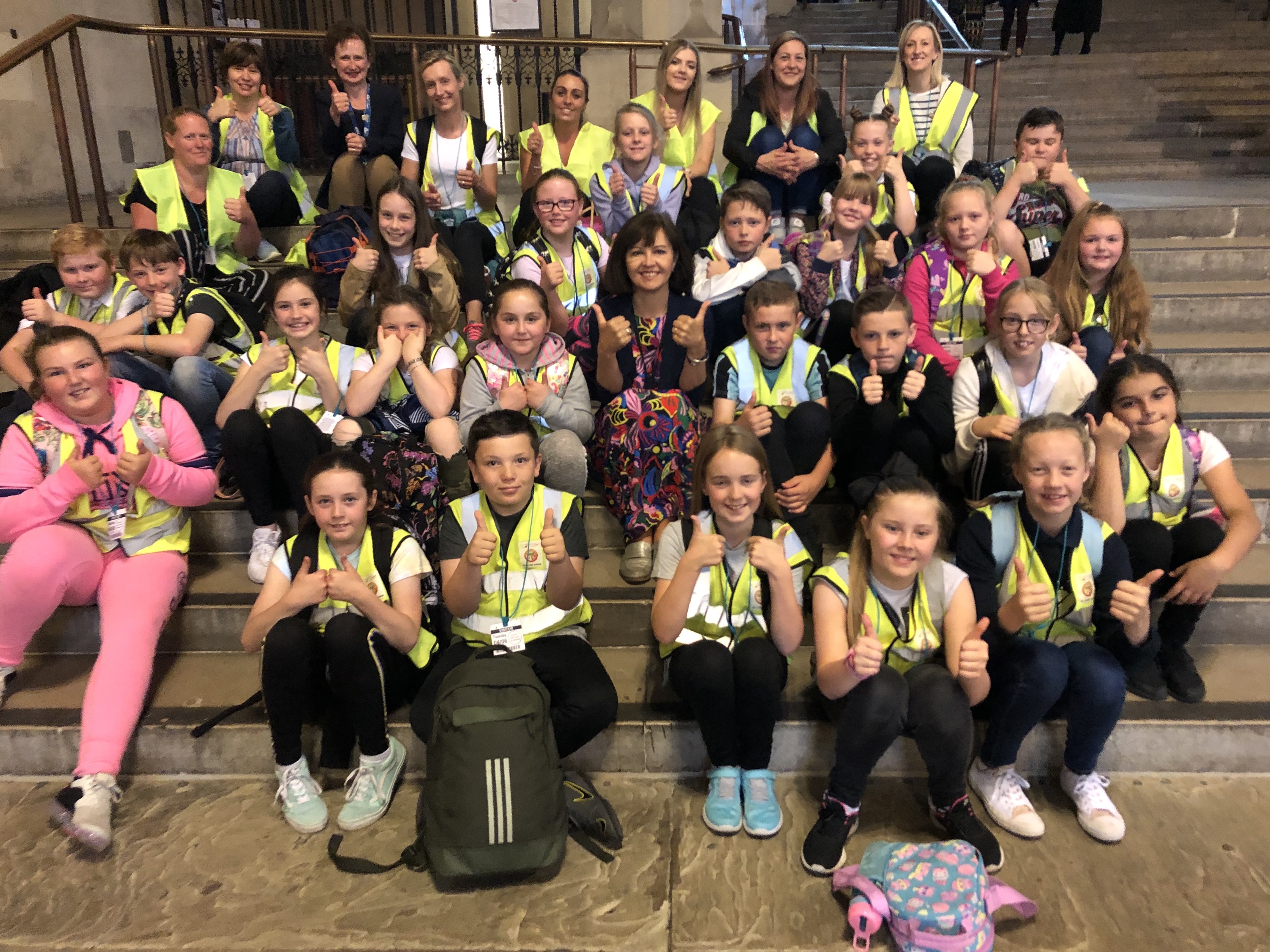 Caroline Flint may have met a future Prime Minister this week, when she greeted keen visitors from Hatfield Woodhouse Primary School this week.

The Year 6 pupils learnt about democracy and government when they went down to London on 4 June and took a tour round the Houses of Parliament before meeting up with the Don Valley MP.

Caroline took the pupils into the Chapel of St Mary Undercroft beneath the Westminster Hall to show them the broom cupboard that suffragette Emily Wilding Davidson hid in during the night of the 1911 census as part of her campaign to secure women the vote.

The children were able to interview Caroline about what life was life for a member of parliament. when she took time out of her busy schedule to spend time with them and show them parts of the building not normally available to visitors such as the chapel and the broom cupboard where one of the suffragettes hid on the night of 1911 census.

Mrs Acton, principal said, ‘We were delighted with what the children learnt about the history of the United Kingdom, the role of the monarchy and the importance of democracy on our visit. Meeting Caroline was the icing on the cake for them as she was able to make this experience relevant to their life back in Doncaster.’

Lydia (11) commented ‘It was a fantastic day and I learnt from Caroline Flint that 30% of M.Ps are women and hopefully this number will rise.’

Eleanor (11) thought ‘It was very interesting and fascinating! I really liked going around Parliament and learning about its history. I learnt all about being an M.P. and the responsibilities of their job.’

Said Caroline: “I’m very lucky to do this job, but few things give me as much pleasure as meeting children from Don Valley who get to see where Prime Ministers and monarchs have stood and where campaigners for women’s votes chained themselves to statues in Parliament over a century ago.  I wish every school would take the opportunity to give children these special memories.  There is  no place like the Houses of Parliament.”