In a sprint finish Labour's Ros Jones won the race for Doncaster Mayor by 639 votes, after over 8 hours of counting. Ros Jones hailed the win as "a great victory for team Labour. We have done this together and we will take our borough forward together."

As Labour gained 291 County Council seats, held the South Shields By-election and and also beat the Conservatives in the Mayoral election for North Tyneside, the Doncaster contest was always seen as one of the toughest contests. 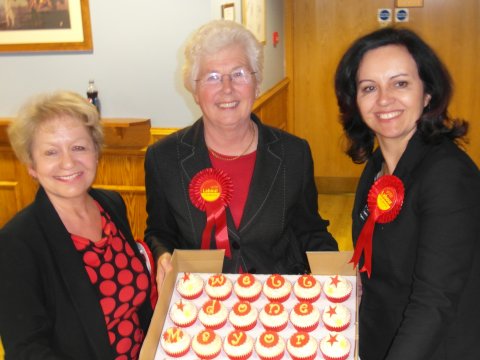 The count was extended after the first round results led to a request for a recount by Independent candidate Peter Davies.

The first round result was:

In the second round, the remaining candidates' 2nd preference votes were added to the totals, giving the final result of:

Said Caroline Flint: "No candidate can have worked as hard as Ros for the public's trust and support.  She has pounded the streets for months.  Her team has spoken to over 35,000 people in this campaign - Doncaster has never seen anything like this. Ros deserves every one of her 639 majority ten times over.  This is a great win for Labour and Ros has earned a few days rest before she gets on with the job." 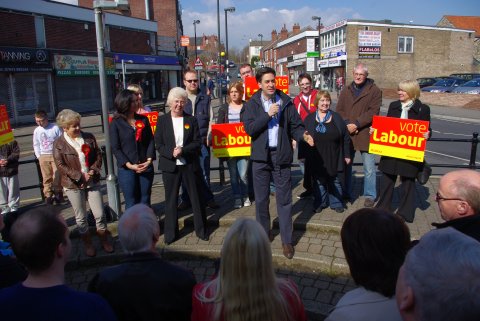 Left: Ed Miliband speaking in Conisbrough, where the Labour team spoke to 850 people in one day.

Doncaster's Mayor Peter Davies stood as an Independent, anti-politics candidate, but it was soon revealed that he was a Conservative Party member for 22 years, had been in three right-wing political parties, and his son is a Yorkshire Tory MP.