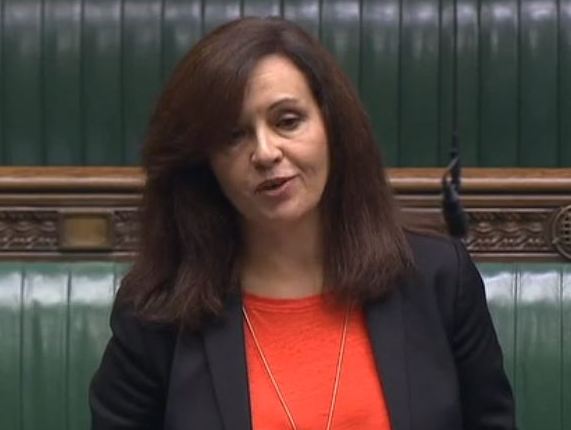 Every British home is to get a smart meter by 2020.  Poor Government decisions have added to the cost of smart meters for bill payers.  Read my speech below, or watch it HERE.

It is quite clear from the speeches of the hon. Member for Eddisbury (Antoinette Sandbach) and others who have spoken that we all agree that being able to end estimated bills is a good goal to achieve. In fact, an EU directive in 2006 stated that getting rid of estimated bills was the way to go. In 2009, European Union guidance indicated that it was looking to member states to roll out intelligent metering systems to 80% of consumers by 2020. That related just to electricity; no deadline was given for gas. The interesting aspect of all this is that no other European Union member state apart from the UK decided to go through the distribution network operators rather than through the retail suppliers. I think that that was a mistake on our part.

We have gone for the 2020 target and stated that it should be for 100%, but my worry is that across Governments, including the last Labour Government and the coalition, the execution of this programme has been badly managed and consumers have always been given the lowest priority when it comes to effective practical project management of this important scheme. There is now a danger of that happening under the Conservative Government. We have heard that the 2020 target is unlikely to be met, which is probably why clause 1 of the Bill extends the power to amend licensing conditions from 1 November 2018 to 1 November 2023. In my view, we should have stood back and made a choice about who should be involved in the implementation of this service, rather than having 10 different companies competing to fit smart meters in any one street. I think we would have been better off going down the network operators route, rather than the one that has been chosen.

We know that the cost of this programme, which is being paid for entirely by household bills, is £11 billion and rising. Indeed, as ITV and the Big Deal campaign highlighted, the estimated cost has risen by over £1 billion in the past year alone. The reasons for this involve cross-Government departmental incompetence. They include underestimating the number of properties requiring one meter, not two, and the number of homes that require two visits because they are not dual fuel customers, as well as underestimating by about 10% the number of properties that will require a second visit because the smart meter does not communicate properly.

I have already had individuals telling me that, having had their smart meter fitted, they might end up with a dumb meter if they choose to switch. They are coming to me and saying, “Caroline, what is going on here?” Everything in this debate on energy always gets laid at the door of the consumer. They are told, “It’s your fault for not switching enough. It’s your fault for not acknowledging the adverts on smart meters and getting one fitted.” When we going to ensure that the energy companies take responsibility for this, and when are we going to ensure that the Government take responsibility for acting on behalf of consumers? All this is adding to the cost burdens on consumers through no fault of their own. When are the Government going to cap the cost to the consumer of this programme? When it tops £12 billion, £13 billion, or £15 billion? This is something that the Government should look seriously at.

It has become clear that there are problems with the first generation of smart meters because they use mobile networks to forward the data from the household, and we do not yet know how many will fail to operate if customers exercise their right to switch supplier. After all the time and cost involved in installing them, many may well become dumb meters once more when moved to a new supplier, which would be unacceptable. This revelation has led to the installation of a new data network, managed by the Data Communications Company, which went live in November 2016, but the new meters, which use the new data network, will not be available until November 2018. The Government required the DCC to produce a delivery plan to rectify the situation. The plan, which was announced last week, will ensure that all first-generation smart meters will be fully functional, but that process will not be completed until July 2019—another cost borne by the taxpayer for mistakes made by the industry.

The House of Commons Library reports a Government claim that the net benefits up to 2030 are an estimated £5.8 billion to be shared between consumers, suppliers and networks, but that estimation has already been downgraded. However, if consumers were to gain all the benefits, that would mean just a £19 a year saving on bills for a decade. To gain even that modest saving from this expensive programme, energy suppliers would have to pass on all their savings to consumers, but I have not heard that from the energy companies. The truth is that the benefits for energy companies’ bottom lines are obvious: no more meter reading, and fewer staff in customer service centres fielding enquires from angry customers about delayed switching or inaccurate bills. As I asked at the Energy UK conference last week, will the savings be invested into better customer services or just into greater profits?

So far, the benefits of smart meters appear to be stacked in favour of the suppliers unless we make huge assumptions about smart meters boosting switching. One benefit to the networks would be if suppliers provided incentives for consumers to shift their energy usage. A past example is Economy 7, which encouraged people to heat their water overnight at lower unit costs, and that principle could be extended with smart metering. Given what we know, I am sure that consumer groups will be concerned if smart meters lead to proliferation of time-of-use tariffs, which enable companies to charge higher unit costs at peak time—perhaps above any cap imposed by Government.

When smart meters were introduced by the Government of Ontario, they tried to manipulate demand at key times of day and did so by inflating costs at peak times of use. The result was not a shift in demand to off-peak hours and a reduction in energy bills; the pattern of demand barely moved, so consumers simply ended up paying more for the energy they received. We should also be mindful of the concerns of the fire service and the Fire Brigades Union about people putting their washing machines and dishwashers on overnight, because if something malfunctions when people are asleep in their beds, that presents the greatest fire risk.

I do not want to see UK consumers’ energy bills rise or the energy price cap circumvented because consumers have opted into a complicated tariff that appears to offer savings they cannot fully work out. I had hoped to amend the Bill to include a price cap, because this is about customers saving on their bills, but I hope the Government will ensure that new time-of-use tariffs, aided by smart meter monitoring, will not lead to the energy price cap being circumvented by an industry that, let us face it, has run rings around the Government for seven years and has not acted in consumers’ best interests.