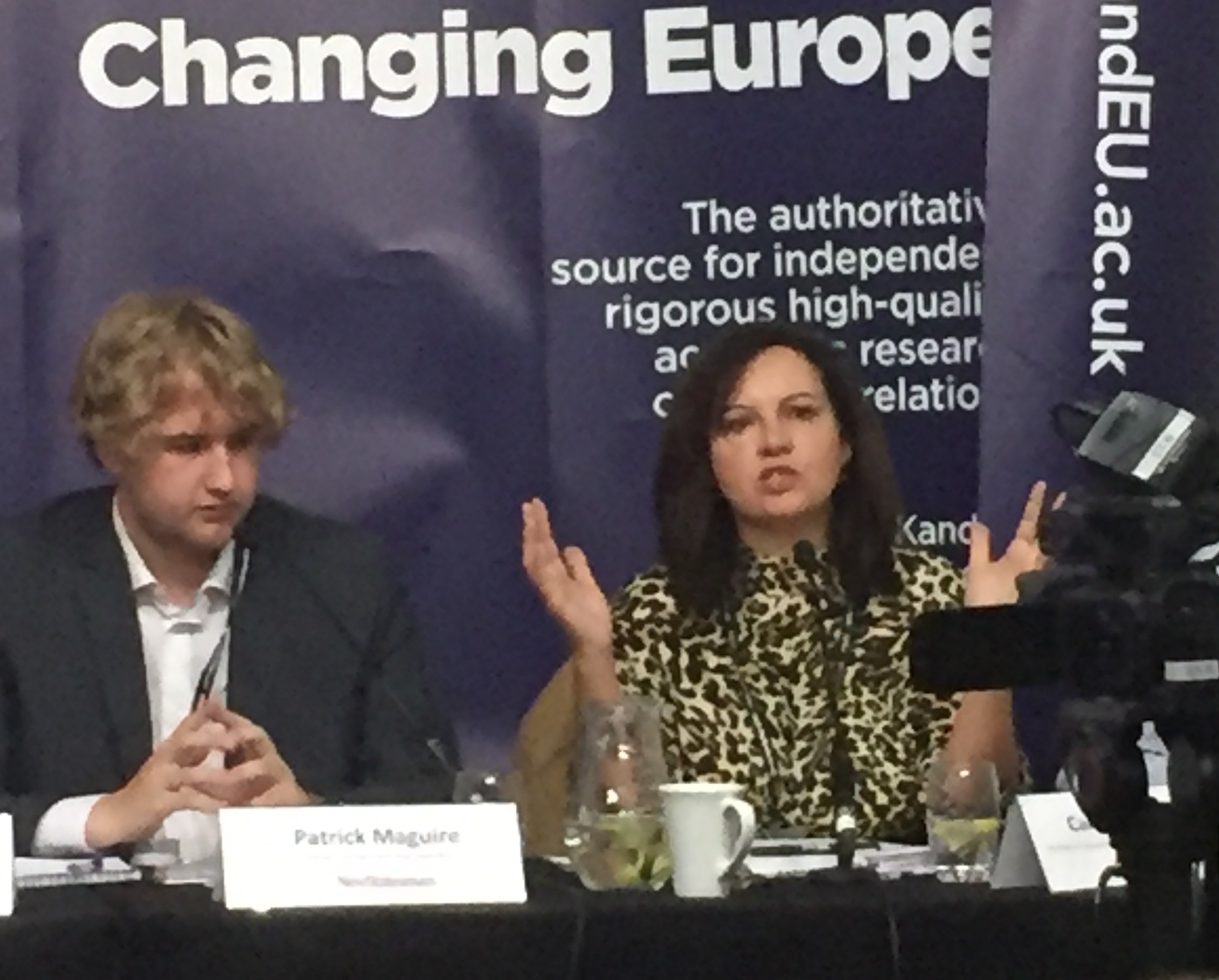 My speech on "The Final Deal: Which Way will Labour Vote?" - a New Statesman fringe meeting at Labour Conference, 25 September 2018.

How do we differ from the Tories on Brexit?

Labour has allowed this debate to be dominated by voices that repeatedly brand Jeremy Corbyn and Theresa May as having the same approach on Brexit.

So Labour doesn’t get any credit for shifting the Government’s position.

The reason we get no credit, is that for some, the only deal that could ever be endorsed would be one that replicates EU membership.

The Norway amendment was such an example.

Which means that nothing Theresa May brings back will be acceptable to some of my colleagues.

Many of my colleagues stood at the general election, last year, promising to respect the referendum and to work for the best deal.

Many added that they would oppose a Tory hard Brexit.

But if a Treaty:

And if that deal is agreed by the UK and 27 member states,

How could that be described as a “Tory hard Brexit?”

It is looking likely that Labour will demand that MPs vote against any deal.

And the reason will be Labour’s six tests.

Now these tests are pretty vague and impossible to quantify.

The most specific one is:

Now exactly what is a benefit and what is a cost is again – impossible to quantify.

And if the UK has powers thereafter over workers’ rights, then how could any Treaty guarantee a future UK policy?

So, like Gordon Brown’s tests for the Euro, this can be played anyway the front bench want.

However, Labour’s decision may, in the end, have nothing to do with the merits of the deal. Rather, by voting down any deal May brings to parliament, they may hope to cause a crisis leading to a general election.

This strategy has huge risks.

It requires some Tories or DUP to vote for a no confidence motion.  I don’t think they will.

So voting down the deal, is more likely to see the UK leave with No Deal.

Labour risks delivering what the hardest Brexiteers wanted all along.

Despite the rollercoaster of the Tories chaotic Brexit, I’ll wager there will be a deal.

And that Parliament will not vote for a second referendum.

So where will that leave the People’s Vote campaign?

I fear that, for some, the People’s Vote campaign was always a vehicle with two destinations in mind: a new referendum; and the backstop being the creation of a new centre party.

That too will fail, but it will guarantee the Tories a majority for another decade.

I don’t want to see Labour colleagues or members leaving for a new party.

I do not want to see Labour MPs leaving over Brexit or any other issue.

That will only weaken centre-left politics, not strengthen it.

So why am I so against a second referendum?

A second referendum will not resolve the disagreements that surfaced in the first referendum.

Very little of what has been said in parliament shows real empathy for the concerns of working class voters.

I’m disappointed when I hear MPs say “my voters didn’t vote Leave to make themselves poorer.”

This argument sounds too much like, “you can’t be trusted to know your own interests, we know best.”

These are voters whose living standards were not protected by EU membership.

Who were not protected from austerity or the banking crash by EU membership.

Who saw open migration as working in the interests of companies, not communities.

Who had Labour governments to thank for the introduction of a minimum wage and paid holidays, not the EU.

Voters who might think “could things get any worse?”

The public are not stupid.

But, instead of seeking to undermine Brexit, we could have spent two years looking at a post Brexit labour market policy; our training policies; our vocational education; our industrial strategy; all of which feed into the concerns of left-behind communities.

Instead, a new referendum will divide voters again, and tell Labour voters that if they support Brexit, they may as well vote Tory.

I can’t accept that approach.

Our platform must be to bring people together, not divide them further.