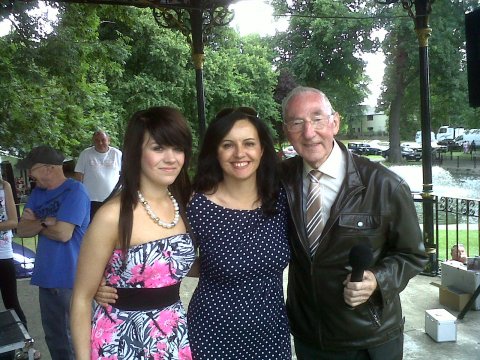 Said Cllr Eddie Dobbs:  “This was my first visit to Thorne Gala, and it was a great opportunity to meet so many organisations that contribute to life in Thorne.  The weather was wonderful all weekend and the gala was great success.”

Said Caroline:  “The gala was wonderful, and Thorne Memorial Park was the perfect setting.  Congratulations to everyone who contributed to the success of the day.  It was great opportunity for worthwhile local organisations to raise important funds for the community.”

•    See more pictures, including Thorne Rural Lions, the Friends of St Nicholas Church and the Thorne and District Royal British Legion on the Gallery.