Transport for towns - my article for Politics Home 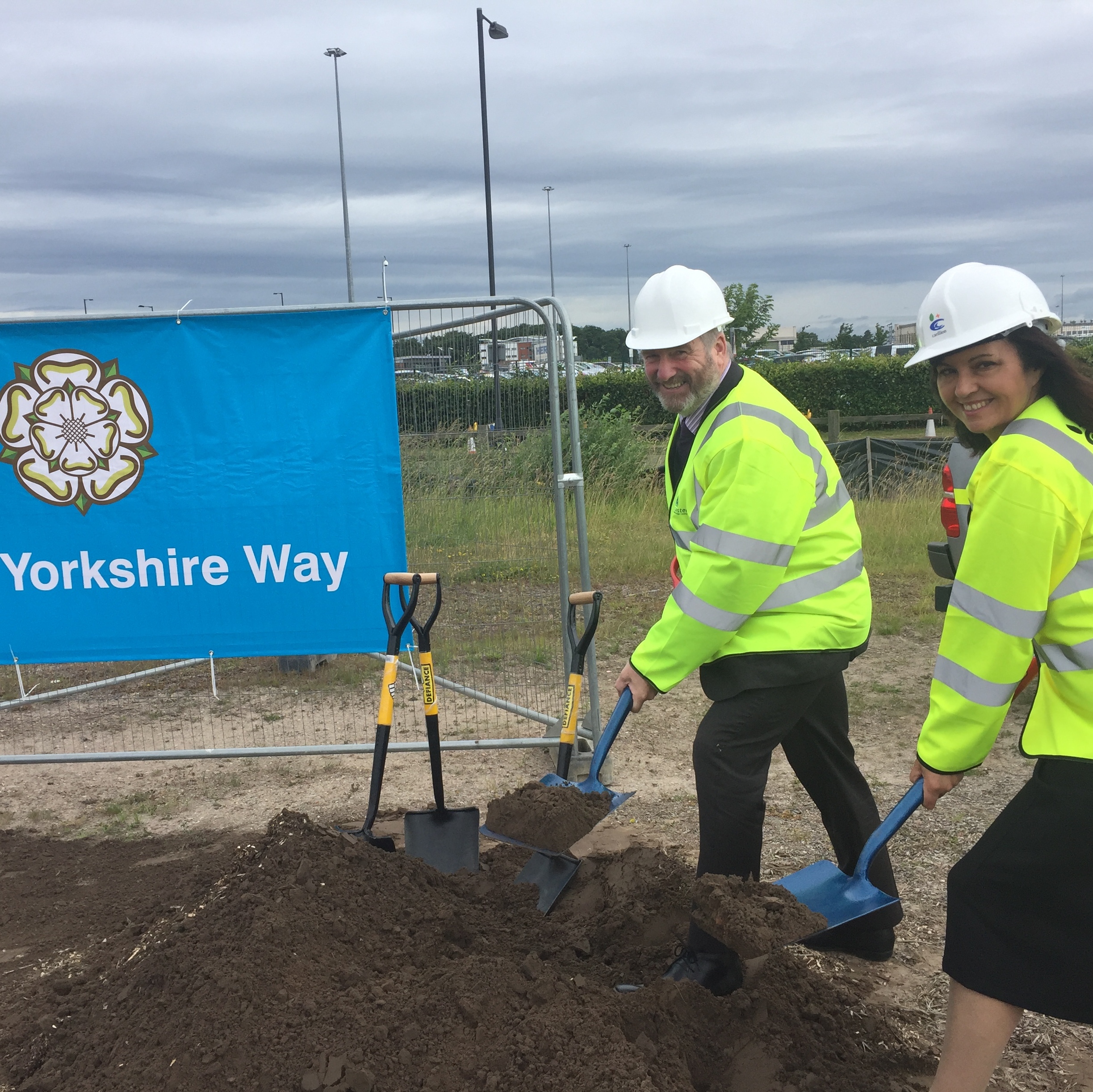 This week, I secured a debate on transport for towns.  I want a new transport deal for Britain's towns.  Read my article for PoliticsHome.

Photo: With Cllr Bill Mordue at the start of the Great Yorkshire Way final leg.

Successful towns need to move people around efficiently, moving workers from home to places of work at all hours; visitors to hospitals; patients to GPs; students to schools and colleges.

But the UK’s towns – many of them small towns, face different challenges from our big cities.

Our major cities, even in the North, often have major stations, major ring roads, large airports and bus networks that feed their city centres at all hours.

The story for our towns and outlying communities could not be more different.

Too often they are the places that people travel past, not to.

They are the places with bus services that stop in the evenings or don’t serve on certain days of the week.

These are the places where car ownership is essential to get around.

Investment in transport – road, buses and rail – is essential or these towns face certain decline.

I represent Don Valley a constituency in the West, South and East of Doncaster, Including three market towns, two of which were ports in the Middle Ages; and former mining villages that are twice the size of neighbouring towns. My surgery route through seven wards involves a 62 mile round trip.

Efficient transport infrastructure is central to the future of these towns and outlying communities.

Today, only a few of these communities are served by rail.  Bus services are chopped and changed at short notice, and often with a disregard for the essential journeys people take. Access to the major road network is vital to reach major job centres.

The Joseph Rowntree foundation reported that unaffordable and unreliable public transport cuts off the poorest families in the north of England from crucial job opportunities, making it harder to access or hold on to paid employment.

The left-behind communities are also the by-passed communities; isolated and excluded by planners and operators who see them as uneconomic.

My parliamentary debate is an opportunity to speak up for towns that do feel by-passed; that do feel bus services have declined, rather than improved.

Unlike in cities, finding local transport solutions to the problems of towns, especially smaller, outlying towns, is complicated.

That is why I have three asks of Government.

First, I want the Government to invite ideas for local transport solutions – to begin a national conversation – a real consultation on transport for towns, backed by investment.

A conversation that starts from the viewpoint of the small town not the big city.

Second, I want the Government to review the way bus operators consult on changes to routes and timetables; so that obvious destinations, shops, markets, schools, health centres, are not excluded.

Third, I want Government to establish a national infrastructure fund for towns, which does not rely on match funding.

One of the historic inequalities is that many small towns do not have many ready partners to provide match funding, and therefore miss out on crucial opportunities to benefit from central funding. Such a fund would overcome this barrier, and speed up the delivery.

This fund would inevitably extend beyond transport, but transport remains central to new investment.

It is time Ministers embraced a new deal for our towns after Brexit.

Transport investment and the rejuvenation of towns go hand in hand.

I hope this debate encourages Government to say to towns that their best days are not behind them; decline is not inevitable; and their communities do matter.

This article was first published on PoliticsHome.com 19 February 2019