Caroline Flint and ward councillors joined residents and veterans at the unveiling of a plaque to the crew of a World War II Lancaster W4904 which crashed in Old Edlington in 1943.  On one of the sunniest days of the year, large crowds joined the veterans to see the short ceremony. 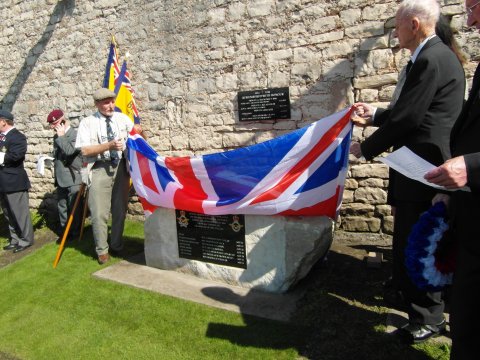 The plaque was unveiled by Flight Lieutenant Eric Clarke, a 99 year old veteran of bomber command, and Old Edlington resident David Glover, who discovered the history of the lost flight.  The unveiling was followed by tributes from veterans and Caroline Flint MP, followed by a flypast from the UK’s last Lancaster bomber just after 4pm.  The plane passed low overhead, three times, dipping its wings in salute, circling over Edlington and Conisbrough.  Wreaths were laid by the RAF Association, Caroline Flint and ward councillors.

Said Caroline:  “This memorial to the brave men on Lancaster W4904 is a fitting tribute from the people of Old Edlington.  The facts of this sad story, which was a closely guarded secret for many years, has come to light because of the painstaking research of Old Edlington resident, David Glover.  It is wonderful that so many people, including RAF personnel are here to witness this unveiling and honour these fallen heroes.” 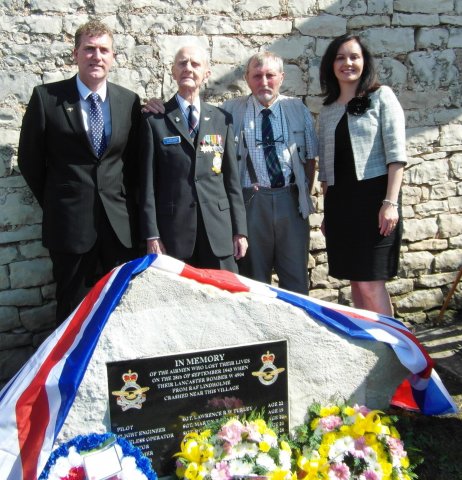 “I first proposed a memorial about two years ago, so I am delighted that this community tribute is finally happening to the crew of Lancaster W4904.“

I remember a rumour in the village when I was a boy about a bomber that had crashed near the village.  At the time, some people thought it was a German bomber, that crashed at Edlington Wood. I set about trying to find out where it crashed.  When I was a teenager I interviewed local war veterans and got nowhere.”

“It was only when I retired that I found in military archives that it was a Lancaster bomber No. W4904 which came down on Little Cockhill Lane, by Little Cockhill Farm, and I finally found some wreckage in 2006, showing the exact spot it crashed.”

The crew of Lancaster W4904 were Pilot William Turley, Raymond Pearce, Arthur Howell and Roger Weston, who were British; Reg Butler and Roy Brown, who were Canadian and Adam Mullen, an American servicing with the Royal Canadian Airforce. 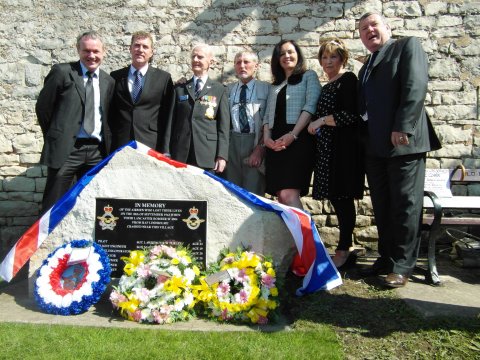