Vulcan must stay in Doncaster - Flint 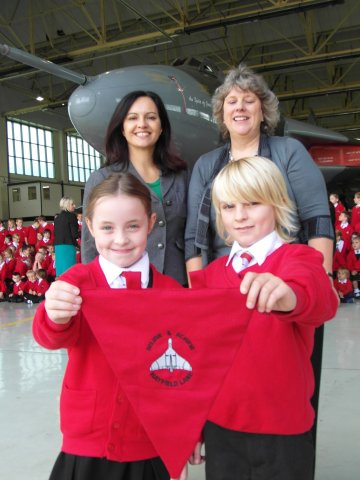 Following the news that the Vulcan is to stop flying in December 2013, Don Valley MP Caroline Flint says it must stay in Doncaster.

Said Ms Flint:  “The Vulcan is an incredible aircraft, and one of the outstanding examples of British engineering.  It has a long association with Doncaster and I hope it will stay here on permanent display long after its flying days are over.

“There is no doubt that the local community feel that the Vulcan is part of their heritage.  Hayfield Lane Primary School has adopted the Vulcan as the school logo, and the Vulcan is a great educational tool to explain about engineering and about the history of this community.  The Vulcan should stay in Doncaster.”

Ms Flint met young reporters Matthew O’Connor and Cuba Koros from Hayfield Lane Primary, at the launch of the logo.  “The interviews these young reporters are conducting as part of the school’s project on the Vulcan illustrates that this aircraft is part of the heritage not just of the RAF but of Doncaster itself.  It would be a shame to lose it.”

Hayfield Lane Headteacher, Chris Round also supported the Vulcan staying in Doncaster: “The pupils were very sad and worried to hear that the Vulcan is going to stop flying.  They regard it as part of our community and we want it to stay here in Doncaster.”

ABOVE: Caroline Flint and Chris Round with Martha Atkinson and McKenzie Fuller, with the new school pennant. 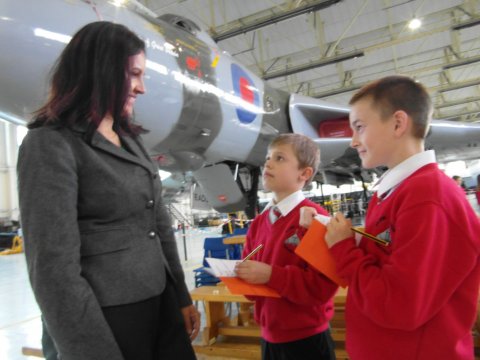